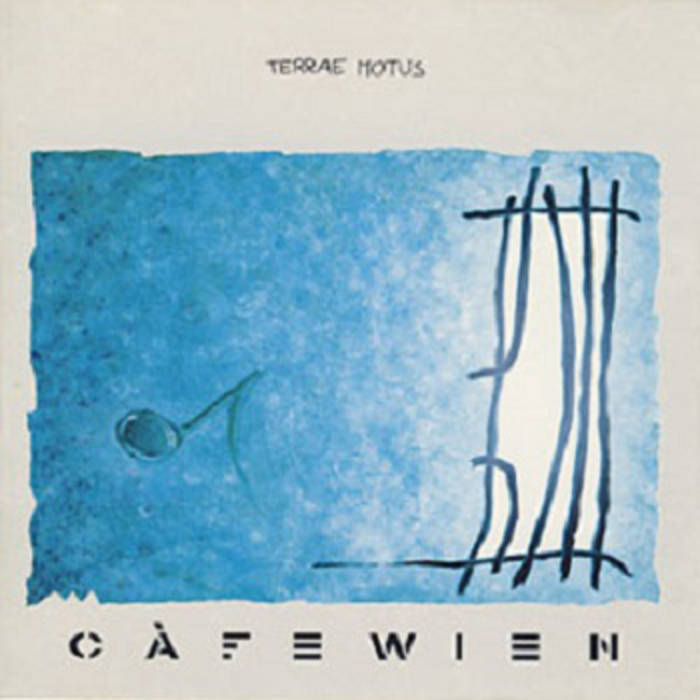 Cafewien, a four-piece of guitar, drums, keys and bass, with a guest player on saxes, and any way one looks at it, Terrae Motus is an impressive album of sparkling jazz-rock fusion, the kind they don't make much of anymore. Certainly Cafewien won't be making it any more either: this album was recorded in 1990, and after years of shopping around for a release, the band finally called it a day in '93. Regrettable. Their general approach is light, delicate and spirited, full of rich melodic textures and vivid imagery, rather than the heavy handed and forceful approach of American fusion. Two comparisons that come to mind immediately are Lyle Mays (the prominence and style of Daniele Porchera's piano on several of the tracks reminds of Mays' solo work, and that with the early Pat Metheny group) and mid-period Kenso, though there are many ghosts in Cafewien's mix, too many to enumerate here. Guitar is strong and stylish, though no one instrument dominates the sound, instead being a very balanced effort, the rhythm section setting the overall tone while keys, guitar (and saxes, when used) playfully interact at the top end. Overall, this is an outstanding release that has been largely overlooked, deserving of a lot more attention. My highest recommendation.

Noetra - Neuf Songes – This is fabulous, very intricate and occasionally dark, somewhat Canterburyish kind of stuff. The pieces are mellow and rolling as well as intense and energetic, the writing is excellent, and there...  (1994) » Read more