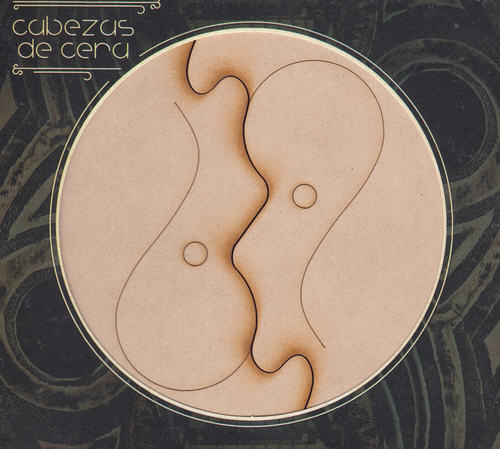 The new duo configuration is hinted at on the cover of the new CDC disc, but after the slipcase comes off and the five wooden puzzle pieces disassembled, the tray insert spells it out: after the departure of woodwind player Ramses Luna for his new band Luz de Riada, Cabezas de Cera is now the duo of brothers Francisco and Maurizio Sotelo, playing percussion (more or less) and everything with strings respectively. An impressive set with no guest players ensues, both brothers filling out the sound with new elements that take it all into a somewhat new direction, still very ethnic as before, but seemingly more effused with a jazz idiom that now goes well into cosmic territory, but still rocks hard when it needs to. We still have the whistles and kalimbas and Tibetan bowls and all, along with the wood and metal percussion, and that ever present guitar and Chapman Stick, all combining into an unbelievably layered sonic web. The seven long tracks (most easily break the seven minute mark) allow the Sotelo brothers to stretch out instrumentally and present a variety of ideas with groundbreaking originality. Some of the quieter acoustic parts where guitars mingle with hand drums and kalimbas may remind of Steve Tibbetts work circa Safe Journey, but with a more predominant ethnic foundation. Some of the more intense sections present mindblowing wall-of-sound backdrops that nothing short of breathtaking. Hermandad is a bold step forward into new realms for Cabezas de Cera.