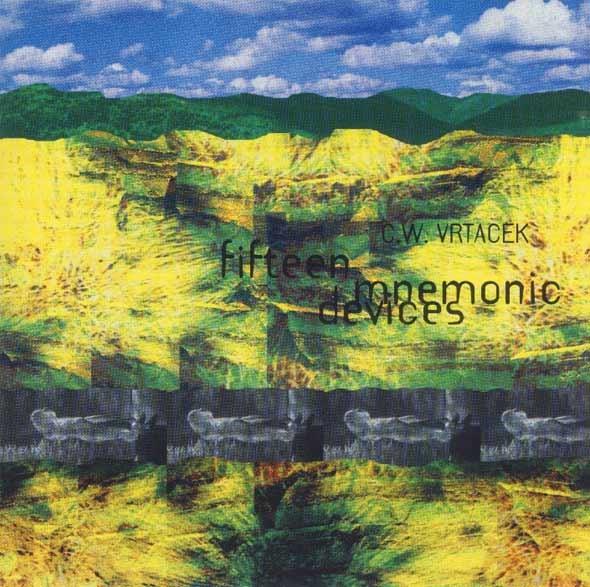 Better known as the leader for the wonderfully tuneful instrumental trio Forever Einstein, C.W. “Chuck” Vrtacek also has a darker side. His solo album Fifteen Mnemonic Devices is about as far from the upbeat Einstein tunes as can be. The music consists of strange, atmospheric soundscapes with heavily processed instruments. Although one can hear acoustic and electric guitar, piano, bass, and some violin, it often isn’t easy to identify the instruments. All of this doesn’t matter, however, as Vrtacek (with occasional assistance from Dr. Nerve’s Nick Didkovsky) weaves an otherworldly tapestry of sounds on the album’s fifteen short pieces. Recorded at home over an eight year period, the album has an eerie vibe to it that is the expression of Vrtacek’s more experimental side. Only two of the pieces have anything resembling a conventional sound, but there is some percussion or rhythmic content to a few other tracks. There are also some ambient “found sounds” blended into four of the pieces that incorporate everything from the birds and windchimes in Chuck’s garden to the choir at Notre Dame cathedral. While this release is clearly not for everyone, it does contain some fascinating sounds for those adventurous enough to seek it out.