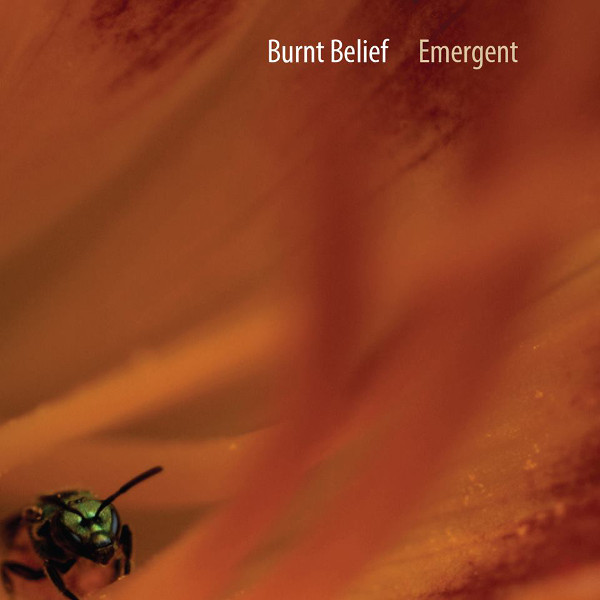 In the case of Burnt Belief, a small refinement of the sound from their previous album makes for another satisfying set of instrumental rock music. Etymology (2014) was an excellent group of atmospheric progressive rock tracks that ranged from quiet, expansive moods to heavier rock sections, and Emergent covers the same basic territory. The duo of Colin Edwin (basses, etc.) and Jon Durant (guitars, etc.) is joined by drummer Vinnie Sabatino, which gives the music a more band-oriented sound even though the number of overdubs to produce such lush sound must be fairly high. No keyboards are credited, so I’m assuming the parts that sound like keyboards are guitar synth — but however they’re produced, it’s all good. The Polytown album by David Torn, Mick Karn, and Terry Bozzio isn’t a bad comparison (and not bad company to be in). Durant’s guitar reminds me a little of Mark Wingfield at times, though my previous impressions regarding Terje Rypdal and John Abercrombie are still valid. Where Torn would rely on heavy modifications to his guitar for tonal variety, Durant is more likely to add guitar synth doing flute-like and other sounds. And while Edwin mostly uses fretless bass, and does do some lovely sliding work, he doesn’t have the somewhat unhinged edge that Karn did. The bass handles some great rhythmic grooves, takes the melodic lead at times, and contributes some nifty chordal patterns as well. Given the amount of programming contained, it’s impossible to tell where Sabatini ends and the computers begin, but suffice it to say that the drum and percussion parts are top notch, with some lovely touches. Emergent is another excellent release from the world of Colin Edwin, and another convincing piece of evidence that he’s one of the most creative bassists around — not to diminish Durant’s efforts, just noting that Edwin is appearing on an incredible number of different projects these days, with widely varying styles, all good.