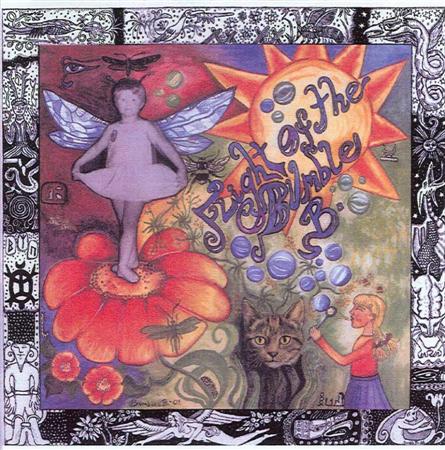 Bumble B is the female lead singer for The Smell of Incense. When they performed at the Herzberg Open Air festival in 1999, Bumble B entertained the audience with her unaccompanied Norwegian folk songs during the long breaks between songs. Eva Kohler from September Gurls was in the audience, and based on Bumble B’s performance, asked her to record a full folk song album for the new September Gurls subsidiary label Acony Bell. The result is the 20-song album Flight of the Bumble B. The traditional folk songs cover a variety of subjects including young lovers, milking cows, sagas, Vikings, trolls, werewolves, etc. The insert explains the story behind each song. Some songs are just Bumble B singing, while others have minimal accompaniment (guitar and violin). The Smell of Incense joins Bumble B on “Varulv” to perform a song by the 70s Norwegian folk rock band Folque, a song that would fit in well with any of their releases. Flight of the Bumble B is quite an enjoyable album. It fills a void in today’s music by providing some beautiful folk music. And you don’t have to understand Norwegian to enjoy it! The is the perfect post-psych folk music release of the new millennium.