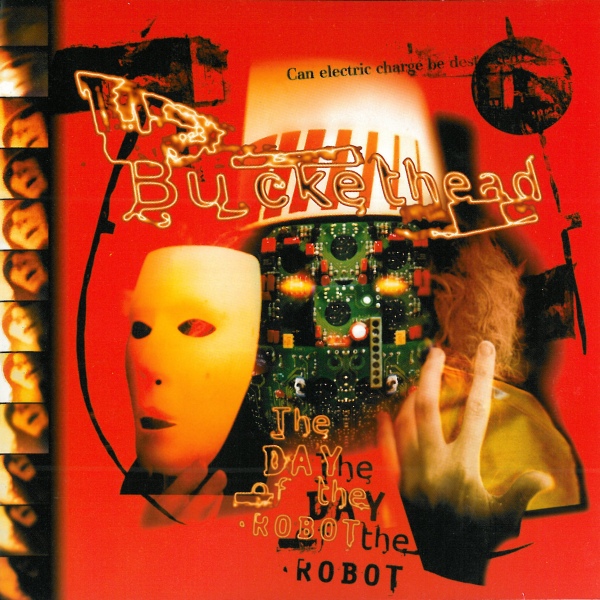 Out of the floating ambient textures that open the first track, a grisly mechanical metal monster arises, destroying everything within ear's reach; there is, of course no escape, until it subsides again into some cool ambient improvisation — something like Crimson could do if they wanted to; Vrooom hinted at this kind of free-wheeling spirit, as does Thrakattak, but the primary differences in Buckethead's approach lie in the intense contrasts and shock value therein. A guitarist from Oakland, California, Buckethead has been the axeman in Praxis for some time now, as well as appearing on various other Laswell related projects; this is (so I'm told) his first US release under his own name. A technically amazing guitarist, his penchant for grotesque manifestations of distortion and sinister playfulness belie his proficiency and raw fretboard speed. The more ambient and techno-styled sequences that follow later in the album also demonstrate a compulsion to go well beyond the established limits. Bassist Bill Laswell is featured here and gets production credits as well, while drums and some very interesting programmed percussion sequences are handled by Ninj. Not your standard fare to be sure, Buckethead picks up where others leave off. Recommended.

Five Fifteen - Death of a Clown – Over the course of Five Fifteen’s previous albums, there has been a series of songs dealing with a character we can call the Golden Boy, a rock star going through the usual rock star things....  (2003) » Read more