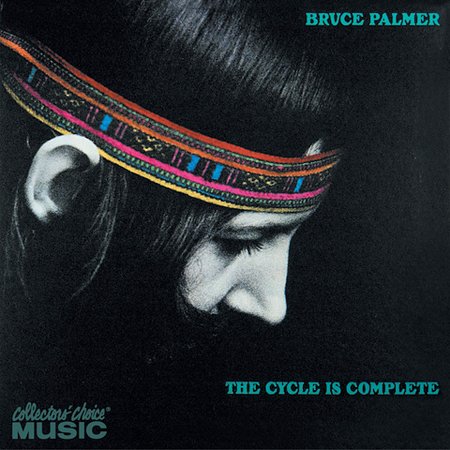 Bruce Palmer is part of one of rock's most famous stories. He and Neil Young, fresh out of the Mynah Birds, drove a hearse to Los Angeles looking for Stephen Stills to found Buffalo Springfield. Palmer didn't last long in that band, having legal issues involving marijuana, but managed to land a deal to record an album for MGM. He teamed up with former Mynah Bird Rick Matthews (later known as the super-freaky Rick James), several members of Kaleidoscope, Ed Roth on organ, and conga player Danny Ray (going by the name "Big Black"). The musicians jammed freely around Palmer's loose compositions, and consensus is that Kaleidoscope pianist Jeff Kaplan assisted greatly in assembling the ramblings into something resembling coherence. Apparently, the musicians did not all play at once, but worked in layers overdubbing improvised parts onto what had already been done. The end result is very free sounding, though it has nice lazy grooves informed by many cultures, mostly consisting of bass and acoustic guitars with percussion, while the other players (and occasional vocalizing) come and go. Kaleidoscope violinist Chester Crill and flute/oboe player Richard Aplan are particularly effective in setting this music apart from anything else. It's somewhat akin to a jam that Traffic might have done, especially when the organ joins in. One track features some incredibly spooky Mellotron with a pulsing groove backing. It's great music for when you're not in a hurry to get somewhere, and a precursor to much of World Music.