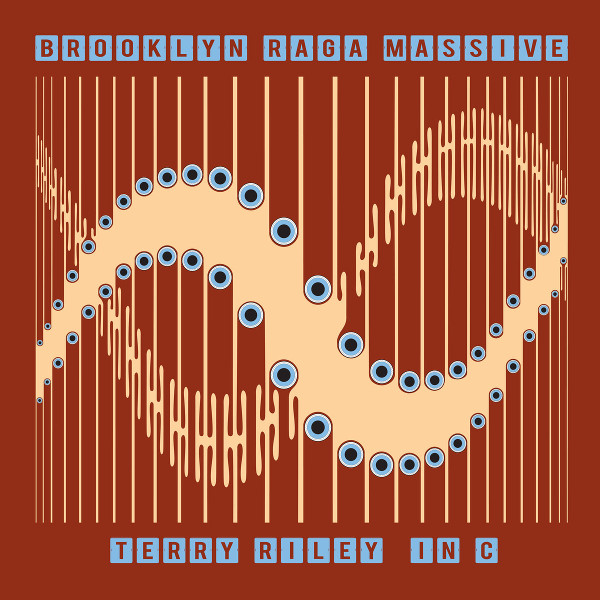 Brooklyn Raga Massive is a nonprofit organization dedicated to artists who both preserve and advance the music of India, often staging performances combining musicians of different backgrounds. They’ve done interpretations of John and Alice Coltrane’s music, Cuban music, Ravi Shankar’s music, and so on. The recording at hand documents a creative adaptation of Terry Riley’s famous piece “In C.” The ensemble consists of more than a dozen musicians, including Indian instruments (tabla, sitar, bansuri), Western instruments (violin, cello, upright bass, guitar, hammered dulcimer, trumpet), vocalists, and other instruments (oud, latin percussion). Riley’s concept for the piece consists of 53 cells, short motifs in the key of C, which can be performed on any instruments, and are to be repeated at the musicians’ own discretion. Improvisation based on the patterns was encouraged. BRM begins this set with a brief piece called “Raga Bihag Alap” to get us in the mood, then launches into “In C.” Throughout the performance, tablas provide a cheerful propulsion, setting a brisk tempo that varies in feel over the course of the piece. At times, various of the instruments will take up simple droning roles as others come to the fore with the cells. This is a composition that is bound to be different for every performance — it’s designed that way — but you could say BRM’s version is more different than usual. The combination of instruments is fascinating, and as the piece ebbs and flows, different sounds draw attention, contribute a bit, then cycle out to make room of other voices. For anyone who’s a fan of Riley’s music or of Indian music, this recording should be a winner, a worthy entry in the growing set of interpretations of this piece.