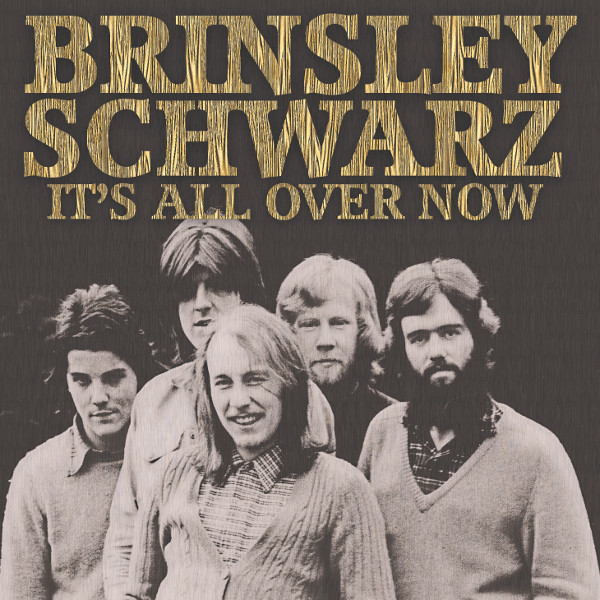 In 1974 Brinsley Schwarz’s began work on It’s All Over Now, the album intended to relaunch their career in the United States, but things did not go as planned. At that time the band was breaking up with members going in multiple directions, but they managed to keep things together long enough to record the album. However, it was the end of the band and the album languished in the studio’s tape library for years until rescued from the dumpster by the band’s guitarist Ian Gomm. Ian mixed the album and almost released it in the 80s, but withdrew it before it could be distributed. Several years ago Ian offered the album on his web site as a CDr, and as of April 28, 2017 it is officially available on Mega Dodo Records in several formats: limited edition orange vinyl LP, black vinyl LP, CD, and cassette. Now to the music. The album is roughly a 50/50 mix of original and cover songs. Overall the music is a collection pretty lightweight pop, soul ,and love ballads with a couple of rockers thrown in. Of note is the title track, a dub version of the Rolling Stones’ hit that works remarkably well, and the rocking instrumental “Do the Cod” that also appears on their recently released live album. Those of us long in the tooth will recognize the covers of late 60s pop tunes: The Buckingham’s “Hey Baby (They’re Playing Our Song),” Tommy Rowe’s “Everybody,” and William Bell’s “Private Number.” Nick Lowe provided lead vocals on most the songs and the album includes the Lowe/Gomm tune “Cruel to Be Kind” that was intended to be their hit single. This album is for the Brinsley Schwarz completist.