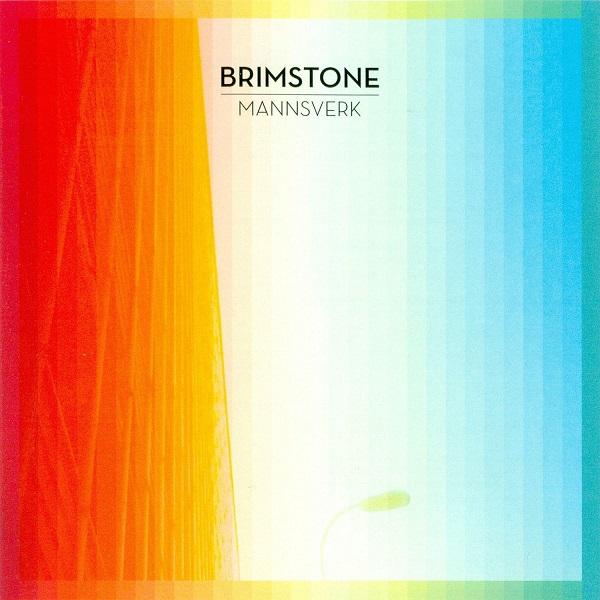 Brimstone (formerly known as The Brimstore Solar Radiation Band) is a Norwegian band that's been around more than ten years, though I hadn't heard them before. On Mannsverk, they operate in the same kind of psych-prog realm as their countrymen Motorpsycho sometimes do, though not in a derivative way. The opening track is "A Norwegian Requiem," and it's a real winner. There's a cool groove with jazzy drums and an overdriven bass line, and vintage-sounding keyboards provide rich colors backing the vocals. Add in a little Mahavishnu quote in the guitar solo (a line from "Cosmic Strut") and you've checked enough boxes to please lots of listeners. Other tracks are similarly successful, and while it's impeccably recorded, there's enough grit in there to keep it real, whether it's a distorted edge on an electric piano or gravel in the voice or a screaming dissonant note on the guitar. And when they bring in tubular bells or harpsichord or other unexpected instruments, it just fits and doesn't seem gratuitous at all. The rhythm section of Truls Eriksen (bass) and Thomas Grønner (drums) deserves special recognition for some amazing grooves, setting a mood that is funky, rocking, and spacey all at once. Every track is a winner, from the delicate "The Giant Fire" at just over three minutes to "Sjö and Land," which stretches past 12. Karisma Records has a real winner here — hope to hear more from this great band!