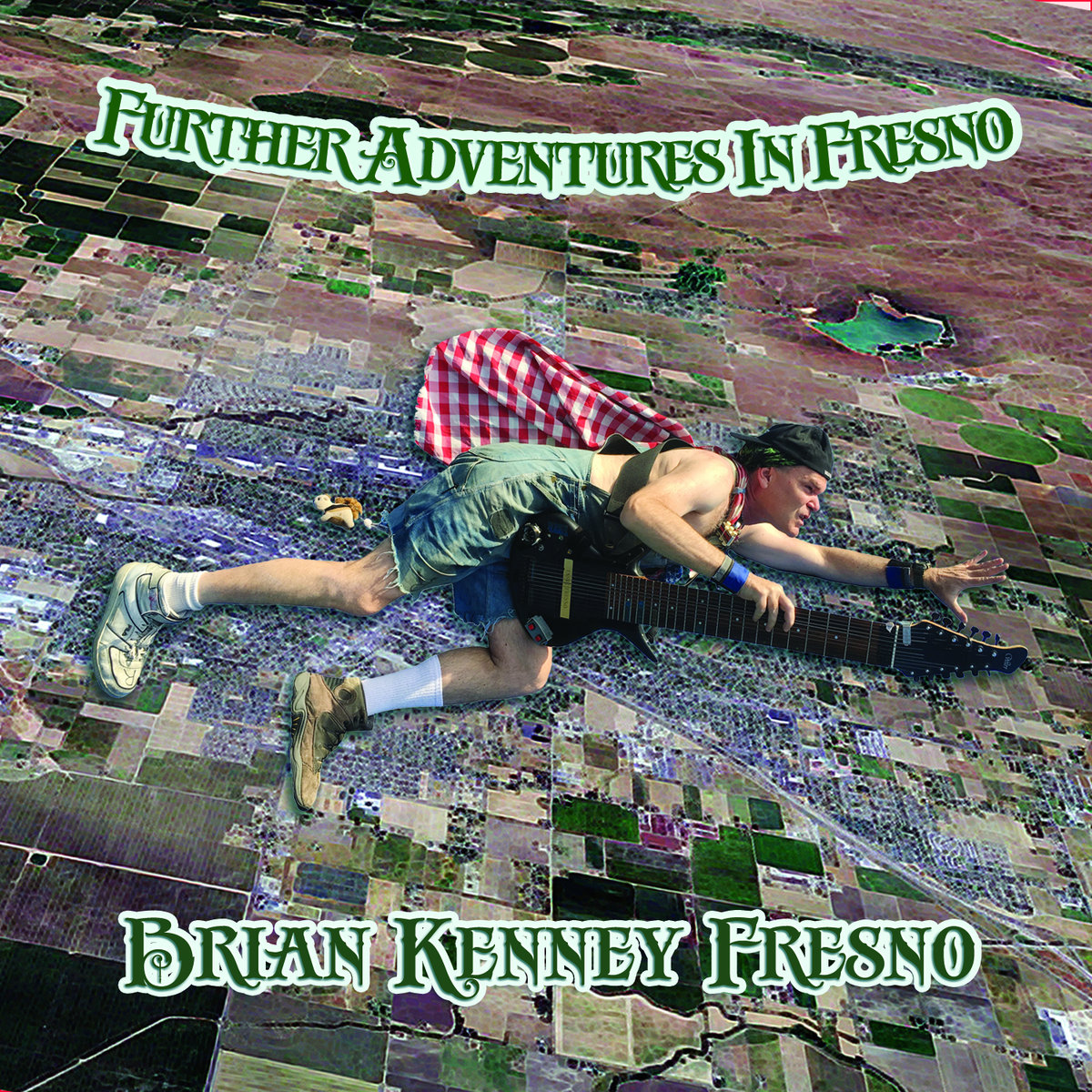 BKF’s latest epic marches onward from his previous, We’ll Always Have Fresno (2013), with a healthy dose of local humor, aggravated madness, inside jokes, and in-your-face rebukes about everything from the evils of incandescent light bulbs to combating corporate agriculture through civil disobedience and violence. As always, there is a sticker on the outside of the package proudly proclaiming “Free Bong Tool Inside – handcrafted at the Burning J Ranch, Fresno California!” Same sticker that’s on every BKF release to date, what the tool is (hidden under the tray) will remain a secret known only to the purchaser of the CD. As it was last time, the album – with a couple exceptions, is completely self-produced with BKF playing all of the instruments (with the exception of drums, and harmonica on one cut) which seems to mainly be his 12-stringed touch-guitar and some effected variations thereof, multi-tracked with vocals, with our old friend Dan Rathbun (Sleepytime, Idiot Flesh) coaching BKF through the mixing and mastering process. Songs like “Gas Station Aphrodisiac” and “Dick Hands” (lyrics not included, not even on the website) – the latter a Zappa-esque take on the subject of personal hygiene and sanitary bathroom practices – may not be ideal subject matter for those with sensitive ears or weak stomachs, but what the heck, I’ve heard a lot of songs about a lot of different things through the years, but never songs about those subjects! “Los Banos” is a fun romp through some local California geography in two-step singalong style, LB being a small town up the highway from Fresno where some of us have ended up lost in the days before GPS. The album closer is a tune called “Partly Cloudy,” an exception to most of what has been said above, a purely instrumental and mighty impressive progressive rock / fusion piece recorded by BKF’s four-piece band ‘E Is for Elephant’ way back in 1994. If there’s any doubt about the man’s chops after all the novelty, humor, satire, and such, the closing tune should put those questions forever to rest.