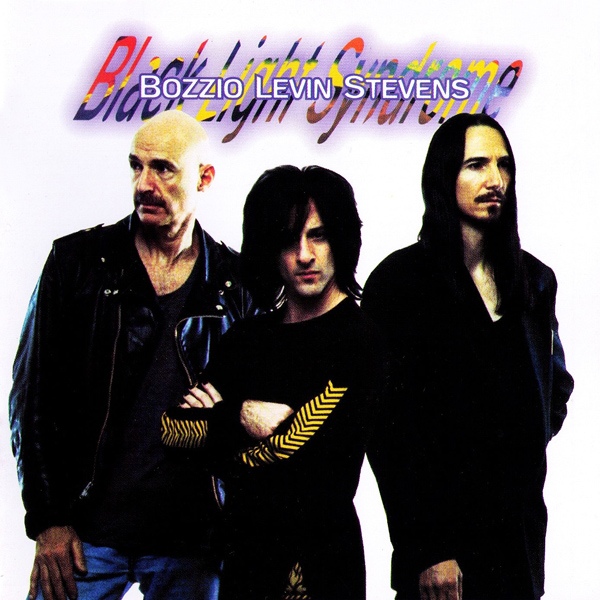 There’s been a lot of speculation and internet chatter leading up to the release of this one. Certainly, with three musicians of this caliber one might be inclined to expect something special from such a collaboration. According to the liner notes, Black Light Syndrome is purely improvised, composed on-the-spot in the studio, yet with some tracks (the Crimsonesque “Dark Corners,” or “Falling in Circles,” for example) it’s hard to believe these weren’t well rehearsed beforehand. Terry Bozzio, as always, is in top form, knowing precisely when and where to put that accent that frames the spirited guitar flights of Stevens and Levin’s free-wheeling Stick and bass work. Steve Stevens is one not normally associated with the likes of Bozzio and Levin, having been Billy Idol’s bone crunching right-hand guitar man throughout the 80s; here he manages to evoke a number of styles, from metal to jazz to Spanish Flamenco. Levin brings in his own cache of ideas here as well, including some 80s (and even 70s) Crimson influences. Parts of this might remind of Firepool-era Djam Karet. There are plenty of nice surprises throughout this disc, it definitely comes highly recommended.