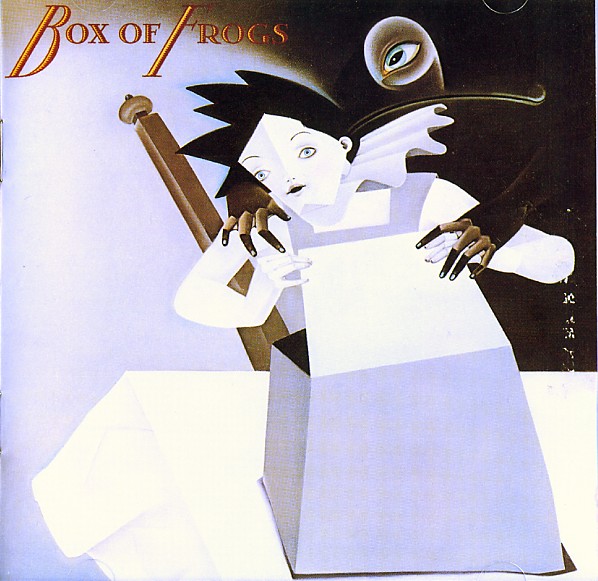 The Box of Frogs project reunited 3/5 of the original Yardbirds: bassist Paul Samwell-Smith, rhythm guitarist Chris Dreja, and drummer Jim McCarty. They took as their model The Traveling Willburys, whereby the core trio would invite guests to record with them depending on what they felt the song called for. Both albums feature John Fiddler of Medicine Head on lead vocals, with additional guests taking turns at the microphone for Strange Land, notably Graham Parker, Ian Dury, and Roger Chapman. Naturally the lead guitar role was what everyone was most interested in. On the first album Jeff Beck makes several notable appearances, though Rory Gallagher is actually a more prominent contributor. The follow-up album stretched things out even further with lead guitar turns taken by Jimmy Page and Steve Hackett. In retrospect none of the songs on either album has aged very well, and most are merely competent examples of mid 80s pop-rock. The better ones, like "Back Where I Started" attempt to conjure up the Yardbirds' brand of English rave-up blues rock, though too often they lean on boom-bash drumming and pedestrian pop arrangements. Kudos to Acadia for making both albums (plus the bonus track "Nine Lives") available on one CD, but clearly no effort has been made to upgrade the vinyl mixes. You can't fault these guys for trying to cash in on their reputations, and perhaps they'll try it again without feeling the need to pander to the pop marketplace.