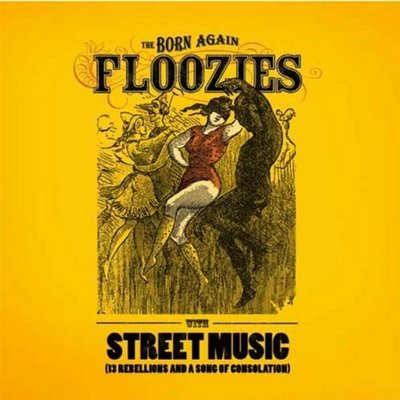 This Indiana based quintet led by singer, guitarist and songwriter Joey Welch caught this writer's ear a few years ago with their debut EP Novelties, Addenda and Ephemera, five songs that introduced the band with one of the most unusual instrumental lineups: guitar, trombone, tuba, and two tap dancers. Last year's debut full length disc Seven Deadly Sinners, with an expanded lineup featuring a regular drummer seemed a bit 'standard fare,' masking some of the band's more unique assets. Now I'm happy to report they are back on track with this, their second full-length release. Bearing the subtitle 13 Rebellions and a Song of Consolation, it offers more of what made that debut EP so special: a completely stripped-down-to-basics sound, a raw and energetic blend of alternative rock, s/s and good-timey jugband folk underlie their uncommon approach to instrumentation. They almost seem like some impromptu collective of street musicians one might find busking on some corner, or at the entrance to the park, or wherever. The guitar (now mostly electric) is the primary accompaniment for the songs, while the tuba, bass drum, miscellaneous percussion and everpresent tap dancing provide a solid rhythm section. The trombone comfortably slides between, adding something substantial to both ends of the sound. Welch is the main singer, but he's often joined by the others. There are even a couple of instrumentals here, giving further variety to the program. All taken, the Floozies have now solidified all the best aspects of their sound. Start here.

Phideaux - Fiendish, Ghost Story, Chupacabras, 313, & The Great Leap – Even if you've never heard of Phideaux, you already know one thing about them. They are a busy little band – though sometimes I wonder if "band" is the right word. It's almost a solo project of...  (2007) » Read more