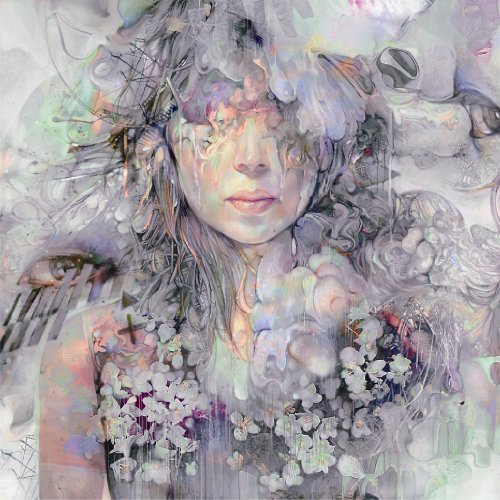 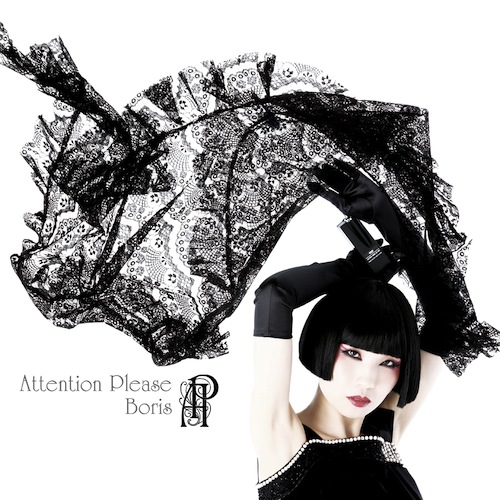 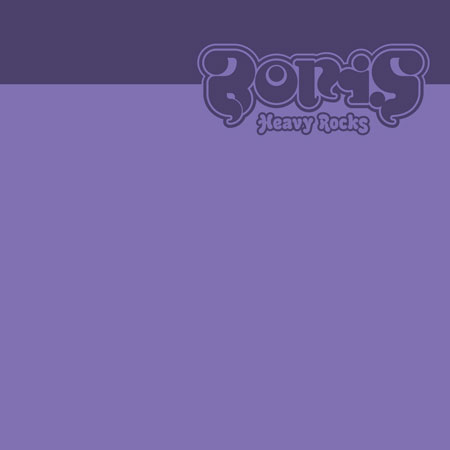 A few days after I got New Album, I mentioned to a friend that I was really enjoying the new Boris CD. He gave me a funny look and said, "I didn't figure you for the doom-sludge-feedback sort." I said, "You haven't heard this CD." Boris may be known as one of the loudest, heaviest bands on the planet, a reputation well deserved given their back catalog, but they've always had some variety in sound. In 2011, they released three albums on their own as well as at least one collaboration (Klatter, with Merzbow), and the three Boris items are pretty far from what my friend was thinking of based on such past albums as Amplifier Worship or Dronevil. There are no 20-minute feedback epics here. In fact, most of the music here is... pop. Sort of. Tracks are generally short, in the three-to-six minute range, and feature some catchy melodies, keyboards, and accessible sounds. Not that they ever sound like Maroon 5 — this is still Boris, after all. Several songs are featured more than once between the three, with different mixes or versions. And oddly enough, each is packaged in a different way: one mini-LP, one digipak, and one jewel case.

New Album (yes, that's the actual title) was the first released. There are at least three versions, with the LP, the Japanese CD, and the US CD being slightly different. I have the American CD version. Right off the bat, you get a siren-like synthesizer wail, then the band kicks in with a melodic rock tune sung by Takeshi. It could pass for Plastic Tree or any number of other Japanese power pop bands (this is not meant as a criticism — aggressive melodic rock of this caliber is a wonderful thing). Wata sings the next tune, "Hope," and Mellotron strings feature prominently in the mix, reminding me a bit of Opeth with female vocals. "Party Boy" is a bouncy dance tune with lots of keyboards and a thumping drum part; heavily distorted guitar is present but relatively low in the mix. These musical scientists have taken lessons learned from the experiments of past years and applied them to a more accessible palette, so you'll hear scattered bits of noise that harken back to earlier extremes, but it's all kept in check and subservient to a different aesthetic.

Heavy Rocks (not to be confused with their 2002 album of the same title) skews the mix a different way. You guessed it, heavier. You know this right out of the gate with "Riot Sugar," a post-Hendrix workout with some great psych freakout guitar. It's not all relentless heaviness, though "light" would be a relative term. Quiet moments are likely to have squealing feedback somewhere in the mix. A favorite moment is the speed-metal thrash of "Galaxians," with its pulsing synth rhythm and double-time drums. There are two longer tracks, both breaking 12 minutes, that drift off into spacy echo land.

Attention Please starts out with a relatively quiet beat on the drums and an echoing guitar. Then Wata's voice comes in, breathy and soft, as if from a dream. Her soft vocals are one of the album's defining features; they're mixed in such a way that I can't really tell what language she's singing much of the time. Some tracks do build up to more rocking sounds, and even wailing feedback, though it's mixed at such a level that it's not abrasive. Next up is a different version of "Hope," with the guitar relatively low and Wata's voice more prominent. A new version of "Party Boy" resembles industrial disco music, with drop-tune fuzz guitar and glitchy synth. Other tracks delve further into either the dreamy side of the sound or the head-banging side, but never so far that the identity wavers. And their tendency for experimentation is not abandoned, as attested by the loops of unknown origin featured in several places.

I'm hard pressed to choose between these — each has its strengths, and preference would be highly suggestive. New Album is probably the most "mainstream," Attention Please is more dreamy, and Heavy Rock if you want to bang your head but have enough musicality to occupy it as it bangs.

Glenn Hughes / Geoff Downes - The Work Tapes – Leave it to Geoff Downes to seek out another bassist, vocalist heavyweight talent as a possible big time collaborator. I honestly don't think the ex member of the Buggles and Yes has ever lived...  (2001) » Read more