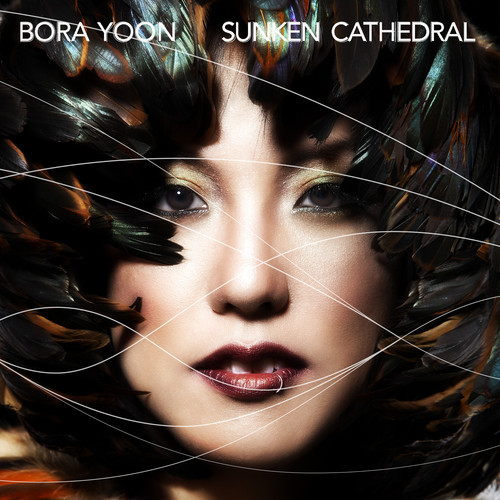 Sunken Cathedral is ample evidence that avant-garde music needn’t be abrasive, off-putting or alienating. Korean-American composer, sound artist, and vocalist Bora Yoon has created many pieces using the ambiance of architectural spaces and a wide variety of sound sources (including acoustic and electronic instruments and field recordings) culled from many cultures, most as one-time live experiences, often collaborating with other guest instrumentalists. As it would be, the album at hand was not borne of a single concept, but is instead a collection of recordings from various commissioned projects and one-off performance events for which Yoon has composed, including Tower, The Wind up Bird Chronicle, Arco, The 51st (Dream) State, Agora II and more – all detailed on her website. Because of this, the first few listens to this might seem a little uneven but over time the ideas and presentation across the disc begin to congeal and flow very nicely together, like the chapters in some kind of cosmic novel. For her part, in addition to the often wordless vocals, Yoon plays a wide variety of instruments including piano, organ, synthesizer, church bells, gongs, viola, percussion, and much more. Guests add mostly percussion, additional voice parts, and a bit of poetry reading. Much of what’s here hovers somewhere between floating ambient, sound sculpture, and vaguely ethnic folk realms, but don’t be surprised at some very surprising turns and twists that wander effortlessly off that general track at various points throughout these twelve numbers. And there are always some interesting and mysterious sounds going on in the background, while haunting melodies closer to the surface morph and evolve. Overall, Sunken Cathedral is definitely unusual and ‘out-there’ but nonetheless a rich and pleasant listening experience that will have you pressing the replay button again and again.

David Myers - Plays Genesis – I'm amazed at the degree of involvement a person can have with a narrowly focused music interest and the length of time it can be maintained. David Meyers' relationship with Genesis' music...  (2007) » Read more