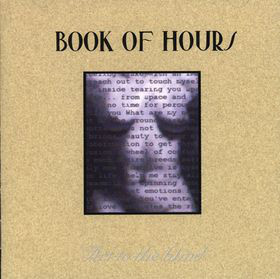 This Swedish band starts off their first album with a nice slice of instrumental rock: two guitars, bass, and drums slipping easily between phrases of three and four beats. It is well arranged, with effective dynamics and solid playing throughout. For the most part, Book of Hours fit in with the tradition of Scandinavian hard prog kings Anekdoten, but they have a crisper sound, less noisy, though not restrained. Guitars dominate, augmented by skillful keyboards (mostly retro – electric piano, organ, mellotron). The band exhibits that Nordic fondness for playing triple rhythms, and there are more songs in three than in four. Fives and sevens pop in for variety. The band has been through personnel changes too numerous to go into here, but it's safe to say this album was created by a combination of current band members and former members coming by the studio to help out. The core trio of Per Broddesson (guitar and keyboards), Mattias Reinholdsson (bass), and Henrik Johnasson (drums and keyboards) is augmented by Stefan Zell (vocals), Ulf Nygårds (keyboards), and Mikael Zell (guitar). Lead vocals on the album are handled quite capably by Stefan Zell, who has unfortunately decided not to continue with the band — as of this writing, their website has a “vocalist wanted” link. While the instrumental and arranging skills of the remaining band members are considerable, it will be interesting to see what happens with this outfit in the future, whether they attempt some sort of instrumental-only incarnation, recruit a new singer, or continue to rely on guests.

Flyin' Ryan Brothers - Blue Marble – The Ryan brothers, Jimmy and Johnny, have been a fixture of the Chicago music scene since the 70s when they were members of competing local bands. In recent years the two have joined forces to bring...  (2006) » Read more