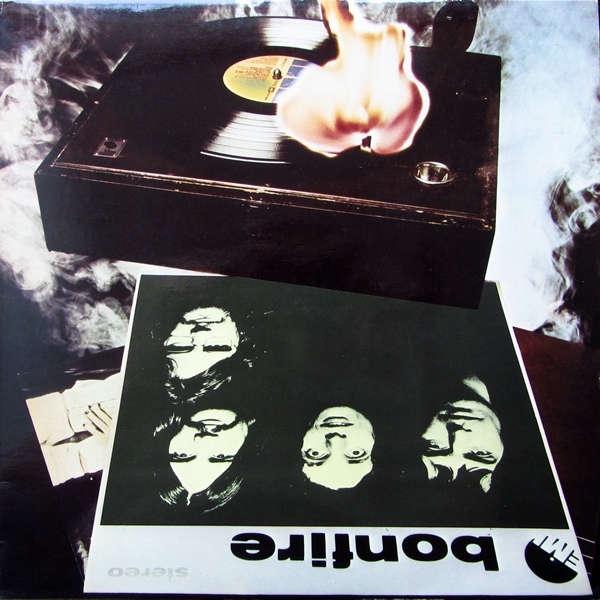 This Dutch four-piece produced a spirited instrumental rock during the mid 70s, leaving one album behind as the only recorded evidence. Their sound is very progressive, constantly changing tempo and mood, provocative, emotional, and often complex. The lineup was essentially guitar, bass, keys, and drums, with the keyboardist doubling on vibes and recorder, and the guitarist doubling on flute. The natural comparison is with their countrymen and contemporaries Finch, with whom they share many of their better traits – but additionally, Bonfire had an ability to shift styles in mid-stream; pulling off the equivalent of a stylistic U-turn was no problem for these guys, and in fact was their standard modus operandi, much like their other contemporaries Focus. Also worthy of special note is drummer cees Meerman, whose energized riffing leaves never a dull moment. Their one album has been reissued as Bonfire Goes Bananas, with the A and B sides of the companion single included as bonus tracks, as well as two tracks by a later version of the band, circa 1980. The entire album is a smoker, but the nineteen minute "Saga of the Running Nose" is worth the price of admission by itself. Highly recommended to fans of Finch, Focus, Supersister, et al.