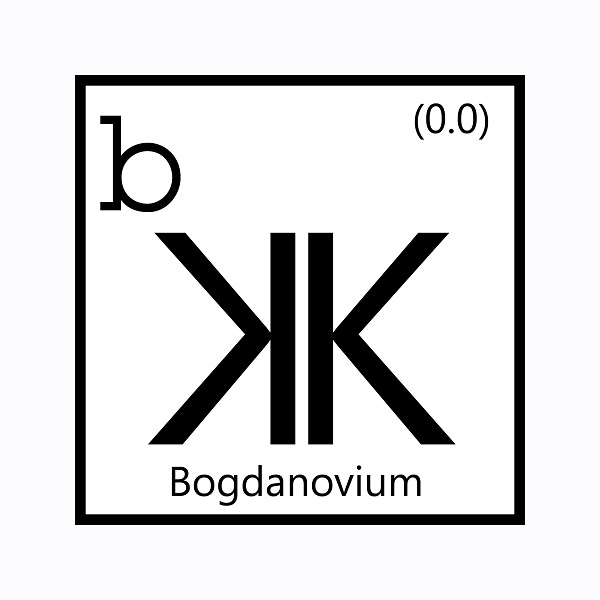 I don't know much about this band — their Soundcloud page has them based in Paris, and from Facebook I learn they call Maurepas home, which is apparently in the Parisian suburbs. No listings for band members, instrumentation, or anything, so we'll just have to listen and learn. This is heavy stuff, with more than a little nod to Tool, and there's some similarity to things like Blixt as well. The bass playing is especially prominent, overdriven and very active; guitars are also heavy, but not resorting to any metal cliches or even typical flashy acrobatics; drums are aggressive but happily free of typical double-bass-drum pummeling; keyboards are used on occasion, though generally not in a leading role. Bogdanovium gives us three tracks, starting with the shortest (only seven minutes), "David Lynch Code." If you expect a title like that to sound atmospheric and anything like Angelo Badalamenti, you're way off. This is drop-tuned, dissonant, crashing thrash with the heaviest fuzz bass this side of Hugh Hopper. Some nice keyboard touches as well, really filling out the sound. Then we get "In Bed with Michael Jackson," 21 minutes of varying sections, one of which includes an outstanding atonal solo (probably guitar, but it's kind of hard to tell for sure). Once again, the sound of the music contrasts sharply with the title: far from being poppish or even funky, this is a sprawling opus of imaginative sludge-rock, maybe like Boris interpreting an outtake from Meddle. The set finishes off with "Stanley Lubrick" — again with a movie-director reference, again having no apparent sonic ties to the auteur in question. Just shy of 18 minutes, it is, ironically, the most atmospheric of the pieces, starting with electronics and arpeggiated guitar chords. Five minutes in, the intensity ramps up to BKK's usual level, and over the course of the piece, the band keeps things moving by changing the riffs, trading melodic material between instruments, and knowing when is the right time to move on. This is one of those releases that comes out of nowhere and really impresses — with a debut this impressive, I hope they can keep going and record more great music like this.