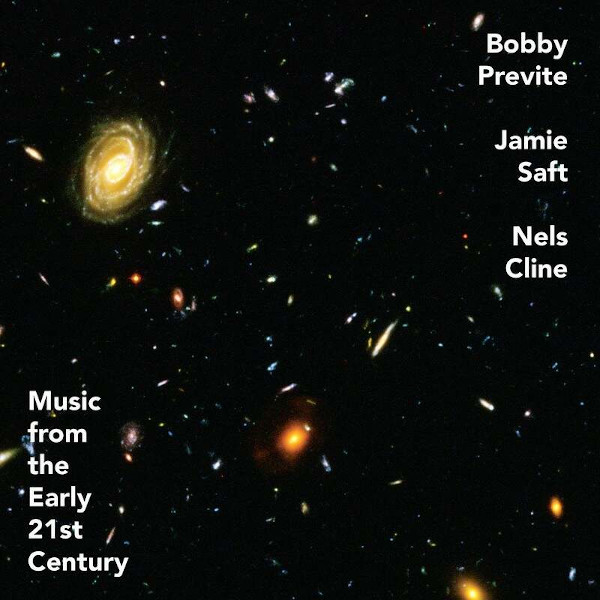 I shouldn’t even be writing this review. Any sane person, seeing a collaboration between Bobby Previte, Jamie Saft, and Nels Cline, would simply plop down their money without needing to hear it or read about it. All three are prominent composers and players on their respective instruments. For this outing, they’re in a conventional organ trio formation, though the music is anything but conventional. The compositions are far cries from typical fare, not much like the soulful grooves you normally hear. This is rowdy electric jazz with overdriven Hammond, psycho guitar, and aggressive drumming. With the heavy organ, sometimes it’s almost like somehow Deep Purple went into a free-form jazz improvisation. I’ve always loved that organ sound, and it’s great to hear it in this kind of setting. Saft has proven his ability to fit into anything from straight-ahead jazz standards to abrasive noise-fests, and he handles this with the same high caliber results we’ve come to expect. The low end is covered by organ pedals or occasional synthesizer, but this is a case where a dedicated bass player isn’t missed. Cline gets to really let loose on these tunes, tackling heavy riffs as well as freaky effects-mangled noises and crazy melodic lines. He can slip into the background with weird echoes and soundscapes, only to suddenly step up with flourishes of off-kilter scales and wailing high notes. And Previte is in full-on assault mode on the drums. He manages the trick of playing really busy without detracting from the rest of what’s going on. He keeps the momentum going without playing conventional patterns, often featuring the toms prominently. This Music from the Early 21st Century will surely stand the test of time.