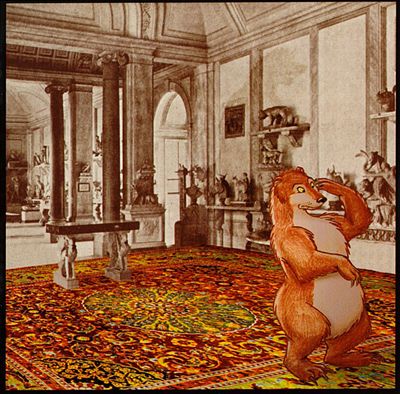 The mysterious contributor to 5uu’s and Thinking Plague has secreted another solo album and I’m overjoyed for the new aural ooze! After all, that’s what Drake’s blend of compositional and arranging skills appear to approximate. Three albums on his own and things keep getting more confounding and confusing. Having been familiar with 1994’s What Day Is It? was no preparation for this unique sound collage extension of Little Black Train. Drake has enlisted Chris Cutler and Jason Dumars (sax) on his little soirée into freakish hillbilly territory and beyond. Most of the pieces are segues and interludes which don’t make sense independently of each other (not unlike Camper Van Beethoven’s early work). There are a few exceptions including “Mound,” a short country stomper with a jagged closing guitar similar to Henry Kaiser. “Bedraggled Things” is one of the few cohesive pieces on the disk with an odd violin middle section. Despite the disorder, Drake’s own electric guitar phrasings are both endearing and enduring across the disc. And lyrics were randomly software generated and surprisingly hold up well in light of the pulsing gloom. Part two of the disk is characterized by unintelligible hoedowns, some country blues, and obtuse dance hall antics. If you haven’t heard any of Bob’s outstanding solo work, check out the link below. Don’t miss the another opportunity to check out this sleeping genius in training. Medallion Animal Carpet can be summed up as probably the best difficult music disc of the year. Highly recommended for fans of Fred Frith and Henry Cow.