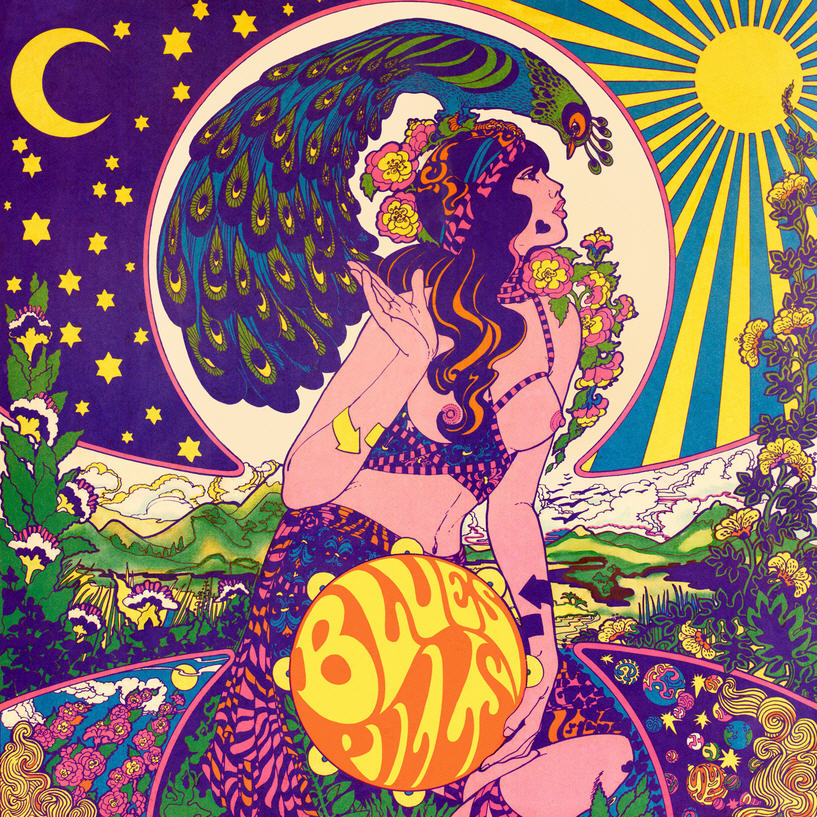 Like a trip back in time, Blues Pills plays hard edged blues rock of the highest calibre, just like it’s 1969 all over again. At the center of this international band based in Sweden is singer Elin Larsson, belting it out with guts, power and force, reminiscent of some of the great female vocalists of yesteryear – Lydia Pense of Cold Blood comes to mind, with a bit of Janis and Aretha thrown in for good measure, but the three players backing Larsson are generally more of a hard rock unit than the funky soul sound of Cold Blood, although they do explore that darker bluesy rock territory capably on several of the album’s ten tracks, often reminiscent of Big Brother in their prime. That would include bassist Zack Anderson, guitarist Dorian Sorriaux and drummer Cory Berry, who would make a mighty formidable trio even without Larsson. One of those intense blues numbers is closer “Little Sun,” where Larsson gives it her all, even singing some harmony parts. But more often the band will be ripping through hard edged rock numbers like opener “High Class Woman” or “Devil Man,” the latter being Larsson’s signature tune – or the upbeat “Gypsy,” where the band grooves like a runaway train about to jump the tracks. And there’s no metal to be found here anywhere, this is more like a trip in the wayback machine before metal ever existed. And if the ten tracks of the CD aren’t enough, a bonus DVD is included of the band’s performance at the Hammer of Doom festival in 2013, including seven songs, three of which are exclusive to the DVD, plus an interview. If one likes the bluesy rock of the late sixties, this is your ticket back.