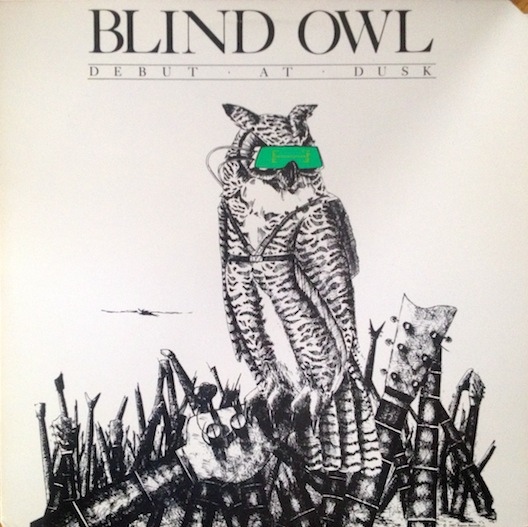 The story behind this is that in 1987, the cassette, LP, and CD were all supposed to receive a simultaneous release. Apparently somebody dropped the ball – the LP was released, but the CD fell into the cracks until this year. With a push from the band members, especially keyboardist / guitarist / singer Bruce Alger, the CD has finally seen the light of day. Blind Owl is a four-piece from Massachusetts, the aforementioned Alger being the apparent main mover, penning all but one of the album's seven tracks. Other members play acoustic and electric drums, six and twelve string guitar, bass, and three share the vocal duties. Their sound spans an area somewhere between mainstream rock and prog, yet seems to have pretty much sidestepped all the neo-prog muck. Each side of the original album begins with a fairly commercial sounding song ("Feel the Fire," "Life on Your Own"), and then moves into more adventurous areas, all the while remaining fairly accessible. "Give up the Ghost," "Second Coming," "The Seed Has Been Sown," and the nine minute "Digital Animal Suite" are compelling tracks that stretch the boundary of their style in a progressive direction without sounding too pretentious or bombastic. Hints of Camel, Simple Minds, Saga, Tears for Fears, and Pallas crop up, but this is an original brew with an 80s flavor, not derivative. Hopefully the recent surge of activity and reissue of this album means that something new is in the works for Blind Owl.