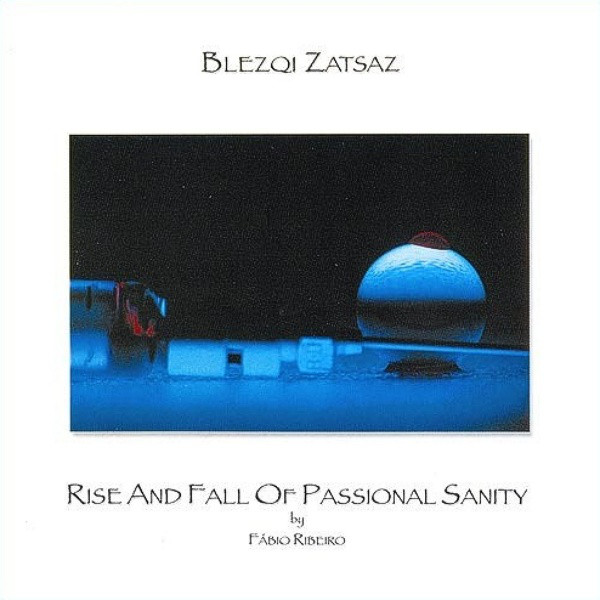 Perhaps Progressive Rock Worldwide's first really strong release was this, the debut by keyboard-progsters Blezqi Zatsaz. Though consisting of the classic guitar / bass / keyboards / drums personnel, keysman Fabio Ribeiro never lets you forget he's the one in charge. Synths take a big role on this album, with a massive, bombastic sound recalling numerous Japanese bands with similarly big keyboard sounds (e.g.: Ars Nova, Midas, Rosalia). Though sidemen get occasional chances to shine (bass solo in "Heart and Soul," guitar melody lines scattered throughout), this is definitely Ribeiro's show. In fact, that's one problem. So much thought went into the keyboard arrangements that some of the other instruments went overlooked: so we have drum-machine on "Friday Twilight," synth-bass on "The Wrath," etc. Some may also question Ribeiro's taste in some of the keyboard timbres as well (new-age bells and pan-flute in "Mind," cheesy sampled sax-solo in "The Wrath"). But for the most part, the music is strongly arranged, thoughtfully composed and superbly played. If you're a fan of keyboard-based prog, this will not disappoint.