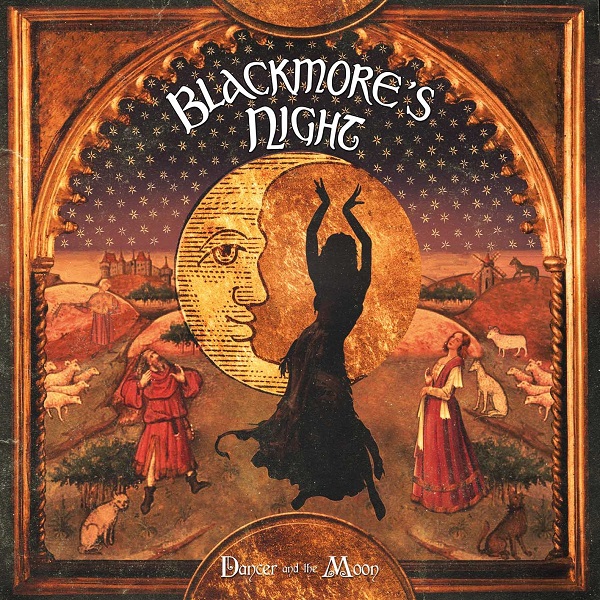 Before hearing Dancer and the Moon, I was familiar with Blackmore's Night only by reputation, primarily from the reviews my fellow Exposé staff members have written about their previous releases. So I knew to expect a mix of contemporary (defined loosely) rock and medieval sounds. Now, after listening to it a fair number of times, I'm still torn how to feel about it. On the one hand, there is great appeal in these supremely catchy melodies, the clean beauty of Candice Night's voice, and the skill of the instrumental work. There is a reason that folk and classical music have retained their popularity to some degree over centuries of change — a good melody can last, if not forever, a really long time. And given my fondness for some previous meldings of medieval music and rock (Gryphon, Philip Pickett), there was a chance this would burrow into my heart. The other hand presents a "but," and that "but" is: but the performances are so precise and polished that they sound calculated. This in itself is not enough to disqualify an album — there are plenty of supremely polished albums that I love — so I'll just say that for me the balance tips mostly to the positive side, if not completely over. For those who haven't heard this band before, they remind me of Renaissance with a bit more rock and a leaning towards older styles than the Romantic era favored by Annie Haslam and company. Several of these tracks have a Russian tinge to them, which Renaissance also did. The beautiful tones of Ritchie Blackmore's mandola, hurdy-gurdy, and nyckelharpa add a nice color to the tunes even when they're not the prime focus. Even if you're not on your way to an SCA gathering, it's worth checking out.

The Guitar Orchestra - Interpretations – This, the Guitar Orchestra's second album, follows on in the tradition of their first album by featuring music created by the playing of real guitars (acoustic, electric, and MIDI) augmented sparingly...  (1994) » Read more