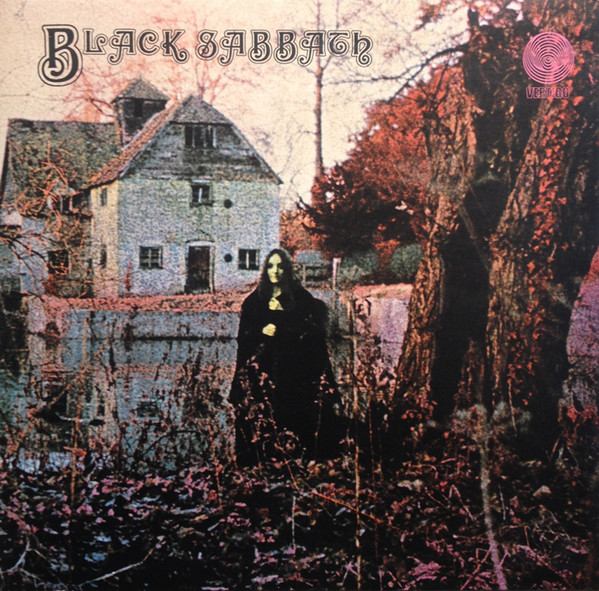 Black Sabbath is undoubtedly as famous and as influential as any rock band out there, the progenitor of one, if not two or more, genres, but allow me the space, if not the sheer cheek at looking at this first album differently, not as the first album by the pioneers of heavy metal but one of a stable of early 70s Vertigo label progressive rock bands. This is an illusion almost instantly dispelled by their second album, Paranoid, but if you can forget the rest of their history, this sits pretty closely to the sheer audacity of a lot of their Vertigo label mates. Perhaps closest were the hard rock groups like Clear Blue Sky, May Blitz, and Warhorse, but this was really no less inventive than jazz rockers Nucleus or jazz-blues rockers Colosseum or even the great Gentle Giant. Vertigo was one of the most fertile and wide-ranging of the early 70s English labels and in many ways, the success of Black Sabbath memorialized that tradition. Like with a lot of early 70s hard rock, Sabbath's songs could be lengthy and multifaceted, not only with two suites here, but the absolutely legendary title and band track which was a horror movie brought to life, its slow creeping dread developing into a rocking gallop with terrific guitar playing. If the album had stopped there it would still be a stone classic, but the rest of it never lets up, bringing forward the blues rock tradition in a completely unique and dark way. Sabbath did a lot of great albums after this for sure, but there's something a bit naïve and sinister about this one that they really never topped later on. It managed to be raw if you looked at it one way and refined if you looked at it another way.