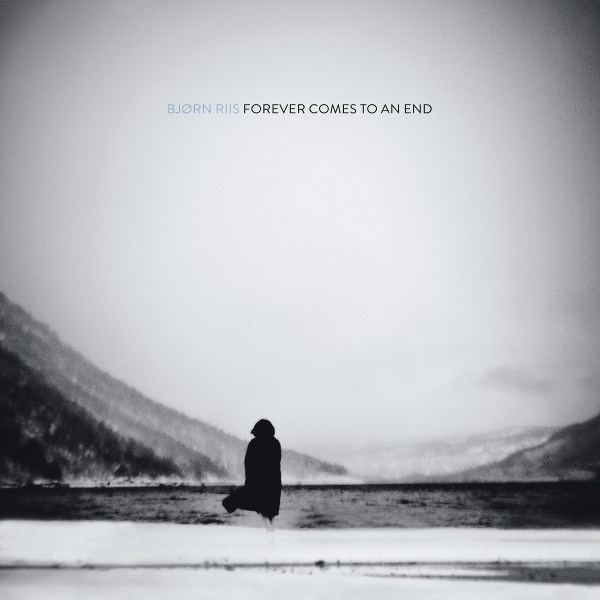 With Forever Comes to an End, Bjorn Riis presents a set of seven songs very much along the same lines as those on his first solo outing, 2014’s Lullabies in a Car Crash. These are moody, atmospheric songs bearing influences from Porcupine Tree and Pink Floyd without being too derivative. For much of the album, somber keyboards and acoustic guitar provide backing to Riis’ breathy singing, which is reminiscent of Tim Bowness. From this base, various strategies are used, sometimes adding electric guitar and drums to approach heaviness, sometimes just layering more atmospheric sounds into the background. Riis is definitely operating in the same space as the band Henry Fool, as well as Kaukasus and Rhys Marsh. An air of melancholy pervades the music, even the instrumental “Getaway,” which features the fastest tempo on the album. The first minute of the track consists of an electric piano backed by long synth tones, and the drums finally enter, ushering in electric guitars and a slowly building section that works to a climax over the course of the next couple minutes. The quieter middle section almost sounds like an outtake from Wish You Were Here, with a bluesy guitar solo backed by lush keyboards. Six minutes in, an energetic riff emerges, but it doesn’t last long. But next up is “Calm,” which returns to melancholy piano backed by Mellotron. Forever Comes to an End might not be a good choice for when you need tunes to cheer you up, but if reflective, melodic, intelligent rock is what you’re looking for, it’s present in abundance.

Spaced Out - Live in 2000 – Anyone familiar with this hotshot Canadian fusion quartet (and shouldn’t all Exposé readers be?) knows that they are above all a musicians’ band – one of those outfits that...  (2006) » Read more