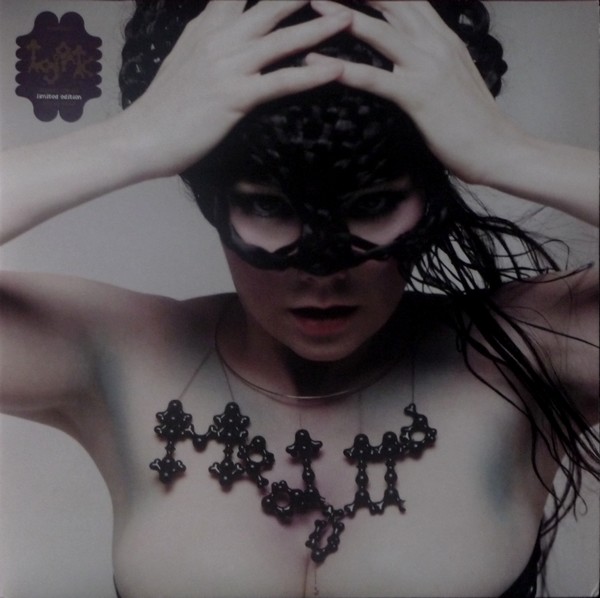 For a supposed “pop” artist, Icelandic singer Björk has shown a stubborn disregard for the conventions of pop music. From the beginnings of her career as a techno diva, she has steadily pursued her muse wherever it takes her, from eccentric electronica to live strings and harp coupled with experimental electronics. On each successive release, she moves farther from the mainstream, or (as I see it) farther into her own world of sounds. 2004 finds her almost entirely discarding instruments, both real and electronic, in favor of the human voice. The result is like no a cappella music ever created. There are elements of some known vocal styles, from Gregorian chant to barbershop harmonies to Ginasteralike clusters (remember the obelisk music in 2001?) to human beatbox rhythms, but the end result is unique. Björk’s collaborators include singers as diverse as Robert Wyatt, the London and Icelandic Choirs, Rahzel (of the Roots), the expermintal duo Matmos, and Japanese vocal chameleon Dokaka (best known in the prog community for his vocal-only interpretations of King Crimson tunes). Voices blow in and out of the arrangements like flakes in a snowstorm, harmonizing lushly, making odd noises, pure then treated, moaning and sighing then soaring is beautiful melodies. The lyrics are mostly in English, with a few pieces in Icelandic contributing to the other-worldly mood. Regardless of her history of hit singles (though it’s hard to imagine one here), Björk remains startlingly original, one of the true innovators of our time.