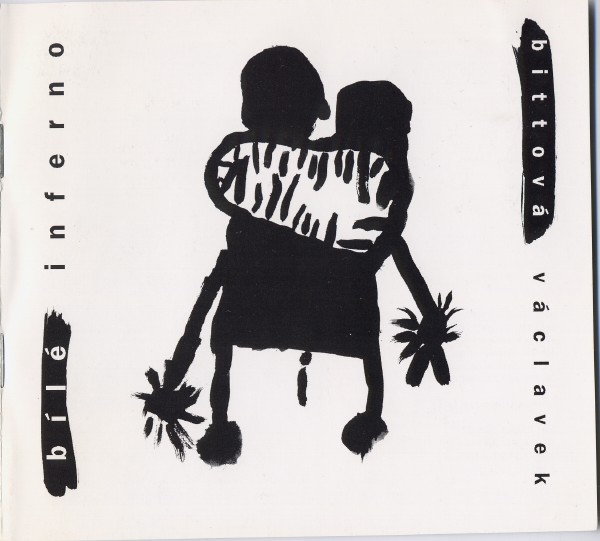 There is something eminently fascinating about East European culture, where the simple human voice in their command becomes a monolith — transmitting the pathos of an entire civilization (one need only think of the Bulgarian Women’s Choir, who have taken the world by storm) and all its sensibilities. The joys, the pain, the struggle, and glory. This is what impresses itself into my consciousness every time I hear the voice and violin of Moravian native, Iva Bittová. Not bad for someone singing in a language I can’t understand in the slightest; a modern-day gypsy of sorts, who supplants every musical moment with enough heart, soul, and passion to reduce those caught in her spell to speechless reverie. This elaborately produced double-CD-box-with-book sets Iva’s magic in the contrast of equal contributions by Václavek, and a small number of guests on bass, trumpet, guitar, various string instruments, percussion, cello (by the late Tom Cora), and the piano of Iva’s sister, Ida Kelarová. All acoustic sounds; all humanly performed, which is a true blessing given the dominance of electricity in today’s music world. Like an impersonation of her dastardly violin’s grace and finesse, Iva’s voice cries, begs, shouts, pulling you ever more deeply into her countenance; the most oblique and abstruse passages — loaded with triple-left-footed rhythmic phrases — dance and weave, slap you silly and laugh in your face all the while. As you can plainly see, you won’t get anything near an objective survey from me regarding Bittová’s output, as I was sold on her from the first listen. And if there is one thing that I walk away from the experience with, it is sincerity. There is nothing in the performance here that is phony. Nothing faked. Nothing that she hasn’t meant with everything she’s got. At upwards of 30 dollars a shot this monument is no bargain bin item, but it’s worth every penny, and as good a jumping in spot as any in Iva’s career.

Robert Schroeder - Brainchips (Vocal Version) – Robert Schroeder is back at last. Many years have passed, eleven years even, since Everdreams came out in 1994. After such a while, it’s a rarity that composers haven’t been touched by time. On...  (2006) » Read more