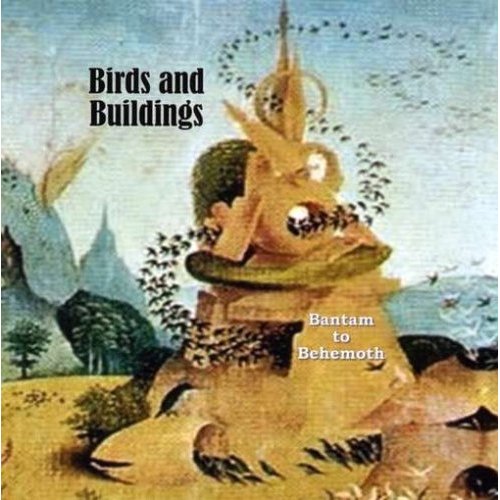 Like Dan Britton’s other project, Deluge Grander, this is an album for true prog geeks. It’s the same sort of uncompromising assault on the ears that was so riveting on Änglagård’s debut or Finisterre’s In Limine. Instrumentally, Bantam to Behemoth presents a heady stew of Britton’s guitars and analog keyboards (Fender Rhodes, piano, Mellotron, pianet, and synths), drums (from Malcolm McDuffie), bass (courtesy of fellow DG alum Brett d’Anon, as well as the saxes, flute and clarinet of Brian Falkowski. Britton sings in a few places with better results than the Deluge Grander album, but like all hardcore prog albums this one’s all about the instrumental music anyway. The marriage between the players and the arrangements is generally excellent and most of the material is the sort of spirited and kinetic to and fro seen in “Caution Congregates and Forms a Storm” or “Birds Flying into Buildings.” A more pastoral feel pervades the songs “Chronicle of the Invisible River of Stone” and the closer “Sunken City,” the former graced by the lovely vocals of Megan Wheatley, recalling Steve Hackett’s “Shadow of the Hierophant” from Voyage of the Acolyte. The feminine and masculine temperaments collide in the lengthy “Yucutan 65” which should put a smile on fans of extended prog rock instrumental music, but which might bore others to tears. For my money this band excels at the Canterbury prog of “Tunguska” or the kinetic “Chakra Khan” that hints at Echolyn’s energetic drive. This one won’t win the ladies, but as prog it kills.