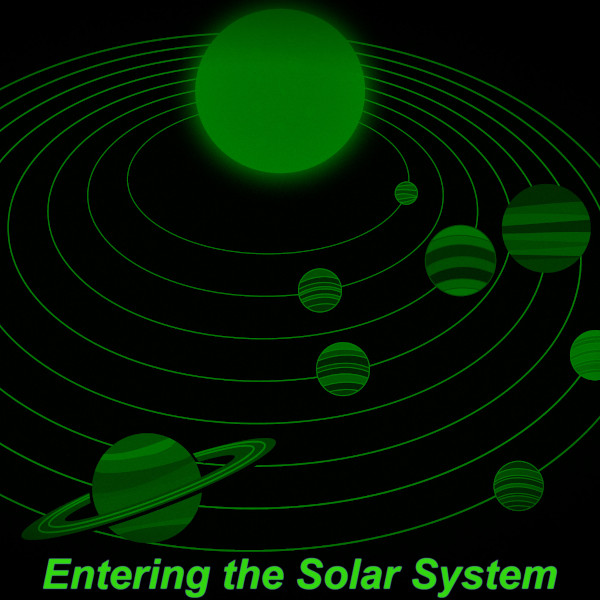 On Entering the Solar System, Billy Yfantis presents ten tracks of abstract electronic sounds, most of which have the definite air of analog modular synthesis, though they were in fact created with a combination of virtual instruments and field recordings, some of which are sourced from NASA. This Greek composer works in the field of Information Technology, specializing in e-government, but this electronic music is not mere dabbling. You won’t find any beats or percussion sounds, or conventional chords and melodies, though much of the sound might be considered tonal in that notes can be discerned, even though they don’t express tonality or scales. “Jupiter,” for example, presents an ever-unfolding series of notes that wander around without coalescing into a melody, but provide motion as they pass from one “instrument” to another. “Mars,” on the other hand, is mostly a succession of warbling filter sweeps built on a bed of low rumbling tones. The planets’ individual pieces are relatively short, with only three clocking in over five minutes, and they flow together seamlessly. I hesitate to call it a “journey” through the Solar System because they’re not presented in an order that makes sense astrogationally, but that’s not important. Sonically, the music is rather sparse, with each piece utilizing only a handful of different sounds which are tweaked and modified in various ways. The cover art may not be especially appealing, but the music is worth investigation by listeners who like abstract electronic music.