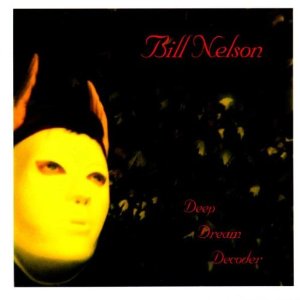 Although this has been out about a year and a half, it’s been near-impossible to find until recently when the Voiceprint group began distributing it. Nelson is, of course, a man of many hats and each new release is totally unpredictable, with one exception: whatever he decides to do, he always does it very well. Deep Dream Decoder is a collection of shorter pieces falling mostly in the twisted electronic based pop category, with Nelson’s trademark eerieness and experimentalism in strong evidence. To the uninitiated, this may initially remind vaguely of Eno’s song oriented stuff, or Peter Gabriel circa his third, until it begins to reveal itself on its own terms. Nelson definitely has his own perspective on things, another trait that follows from album to album; as usual, he plays all of the instruments and sings all the vocal parts. Normally this writer would say something about the use of programmed percussion, however in the context of this music, and the fact that the programming is done so well, one must say that it sounds quite appropriate. Several of the tunes herein feature memorable guitar solos, but not enough to keep one from wanting more. Overall, this is an outstanding release that grows on the listener with repeated plays.