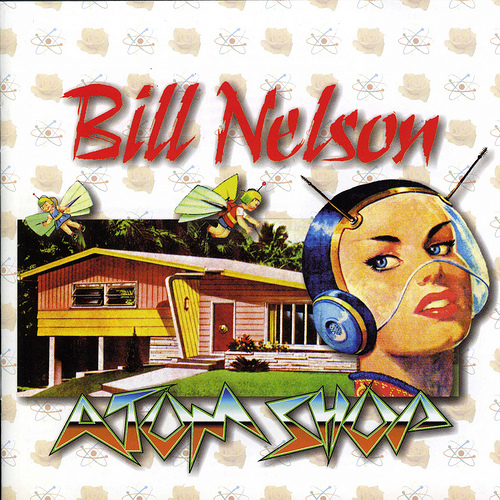 According to the DGM catalogue, Bill Nelson’s latest release is a product of some "retro-future Frankenstein’s lab." That’s true from the surface that the conceptual aspect is distinctly odd (lyrical subject matter, album artwork, and package), but underneath lies a careful exacting motive. The composer again challenges his listener to infuse a 50s optimism with unrealistic images of a proposed future. Modern aficionados could envision Beck reading a Robert Heinlein novel and deriving this savvy approach. Regardless, the disc is a haven for sampling where the mode of the day is a mix of groove-jazz, hip-hop, and pop music. Nelson describes this album as the end of a set "of-a-type" of three projects beginning with Practically Wired (1995) and then proceeding to After the Satellite Sings (1997). The artist is a refiner who is extremely comfortable doing everything himself in large quantities. Left to his own devices, the results are good modern representations of unfulfilled utopian disco landscapes, but there isn’t much new ground from the disc evident on repeated plays. Generally Atom Shop comes off as sophisticated fluff or an intricate background which may be part of the underlying purpose. Radioplay could be afforded to tracks such as the funky, "Rocket Ship" which would provide another positive inroad. Nelson should be embraced as innovator on par with Moby or the Dust Brothers but the Generation X crowd ain’t listening to artists of this caliber (yet). This album is another coy title in a blurring list of a huge individual catalog. But when does it all start to make sense?