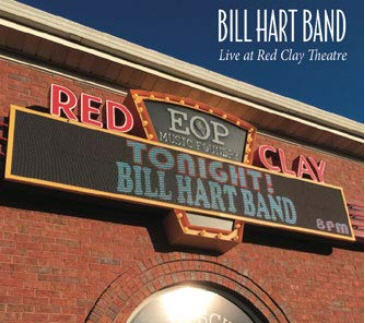 Bill Hart is a Canadian-born guitarist now based in Georgia with a five releases before this, which was recorded live at the Red Clay Theatre in Duluth, Georgia on June 2, 2017. All of the tracks here are original numbers, but not new, having appeared on Hart’s previous albums. This is pretty much stock parts 70s-style instrumental jazz-rock fusion with an amazing six-piece band featuring Hart (of course), brilliant saxophonist Alex McGuiness, keyboardist Pat Strawser, whom Exposé readers will know well from his late 90s band Volaré, and more recently with French TV, and who played on Hart’s previous Touch of Blue. The bottom end features drummer Steven Walker and bassist Dwayne Wallace, a masterful rhythm section if there ever was one, and percussionist Emrah Kotan, who featured prominently on Gary Motley’s Renaissance: A Tribute to Oscar Peterson, adds additional power throughout the band’s sound. All of the nine tunes, as said before, are culled from Hart’s previous releases, so in essence the listener is getting a best-of, every track with catchy melodic cred that will play in your head for days. Hart is an exceptional bandleader, as well, and rather than making the show only about him and his guitar, he is a supportive musician and arranger that gives all the other players ample time in the spotlight to show their finest colors and amazing skills. In addition, plenty of credit must go to Shalom Aberle, who did the live stero mix, as this is one of the best sounding live albums I’ve heard in all my years, and based on this I would definitely make a point of seeing them live, if possible. For all listeners who dig that classic fusion sound from the 70s and 80s as well, Live at Red Clay Theatre is a real treat.

Landberk - Jag Är Tiden – Landberk had also released an LP only version of Lonely Land called Riktigt Akta, which was basically a Swedish version minus the T2 cover. This three-song EP is the same idea (from One Man Tell's...  (1995) » Read more