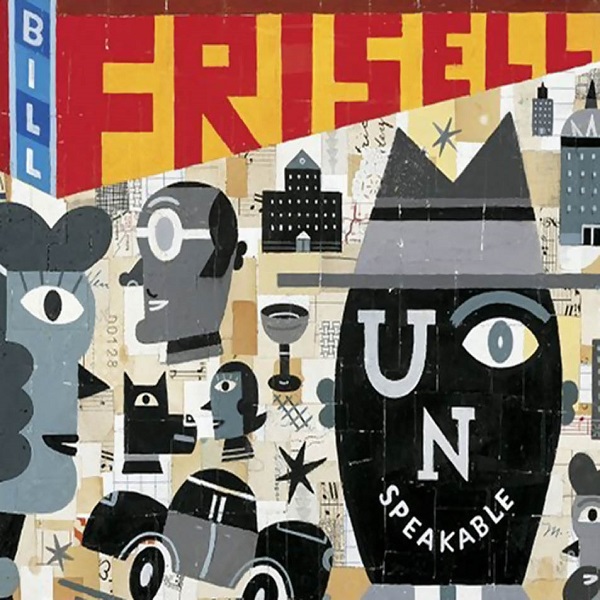 Bill Frisell’s first Grammy winning CD is a major achievement on many fronts. Frisell doesn’t blow you away like many other experienced guitarists — he is the cardinal of understatement, preferring to strum away along side or under a main theme be carried by violin or cautious percussion. As a composer his whimsy is seemingly stamped by a penchant to fuse John Barry stylish soundtracks with modern rhythmic approaches. The guitarist’s flair for the crafted embellishment is evident right from the start on “1968”. Acclaimed violinist Jenny Scheinman is a member of the string trio The 858 Strings alongside Eyvind Kang that supports Frisell’s mindset. “White Fang” pursues a funkier blues-based side of the guitarist work with Hal Wilner adding an infectious dance groove that doesn’t give way to wankery. The rhythm section of Tony Scherr and drummer Kenny Wollesen provide consistent groove interplay. Another focal track is “Gregory C” that relies heavily on sampled cello to build a romantic backdrop for Frisell’s harmonics crossword puzzle and backwards tape loops. “D. Sharpe” is the most unfitting song in the set with its sour melody line and unsettling string intervals. “Old Sugar Bear” is the real oddity on the disk where an ambient pastiche is played on the foreground on top of rhythmic and melodic phrases that sneak and out of the mutable song structure before a strong 4/4 R&B vibe begins. Overall it’s the culmination of thirty years work that composer has come to terms with.