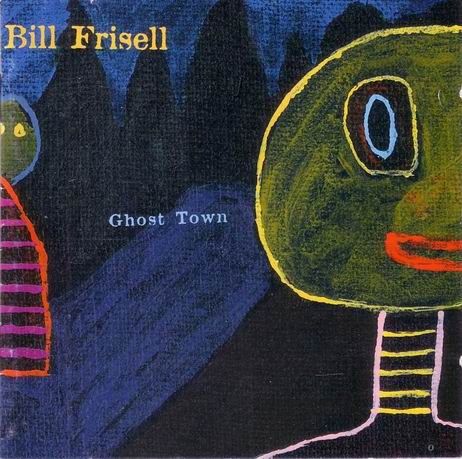 Despite the fact that this disc is six years old, this all-solo album is a vital indicator in the Bill Frisell catalog. The guitarist’s penchant to merge Americana stylings with country and traditional folk elements showcases his brilliant muse. Ghost Town is an all solo endeavor that features clever cross choices of covers as well as new pieces. The disc begins with “Tell Your Ma, Tell Your Pa” that creates a mood of a lazy town bayou locale made more alive by use of loops, banjo and acoustic guitar. The follow-on title ballad is also mesh with another piece entitled “Poem for Eva.” Some of the best songs are deceptively subtle such as “Creep” which is a less than a minute backwards looped introduction into “Theme on a Variation.” Together the two tracks serve as a familiar call and response dialogue; the reply sets a downer mood with an unsettling chord phrase and accompaniment. Frisell’s conflicted lead guitar phrasing is quite emotive on this track. “Follow Your Heart” is a John McLaughlin cover having first appeared on Joe Farrell’s first quartet album from 1970 and My Goal’s Beyond. Frisell retains the bluesy feel of the original and perhaps sheds a varying light on the piece versus the original recordings. Hank Williams Sr. gets treated with an uplifting version of his classic C&W tunes, “I'm So Lonesome I Could Cry” that simply reeks with down home soulful emotion. “What a World” is more of a typical audio tone poem in the realm of Ralph Towner or Terje Rypdal’s body of work, with high emphasis on atmospherics. Frisell also takes a pass at Gershwin’s “My Man’s Gone Now,” featured in Porgy and Bess, that works well too. “When I Fall in Love” is another cover where the artist chose banjo to carry the melody line with minimal tremolo guitar accompaniment. Overall Frisell’s catalog bristles with so many strong moments and in this solo setting his sun shines as brightly as with any gifted group configuration.