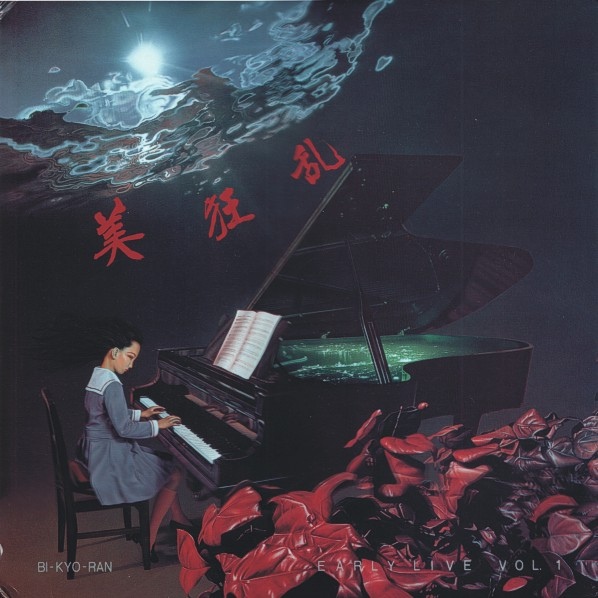 No more than a year after recording an album of King Crimson covers as Madoromi, it was 1978, and the band changed its name back to Bi Kyo Ran; they won first prize in a Yamaha-sponsored contest, and ended up on a compilation LP called Wind & Wave. With the addition of violin, keyboards, and new drummer Masaharu Sato (from Crosswind, a famous fusion band at that time) they set about writing and performing original music. Their live work from this period is captured on Fairy Tale - Early Live, Vol. 1 (released in 1987 on LP). Though it is not professionally recorded, it features a nice variety of material, their most enjoyable, in my opinion. First is the lengthy Crimsoid workout, "Uneri," recalling perhaps the album In the Wake of Poseidon; but the structure reminds me of something like "Larks' Tongues in Aspic Part 1." Then there is the title track with some great plaintive singing by Kunio Suma; arrangements that feature keys and recorders, and some ballad-like moments as well. I feel this is a direction very much inspired by Japanese culture, and other Japanese prog of its time. The only piece that would reappear later, "Prediction," is a nice showcase for Sato's Bruford-esque drumming. Lastly, the cover art is breathtaking. This LP has not been reissued on CD.