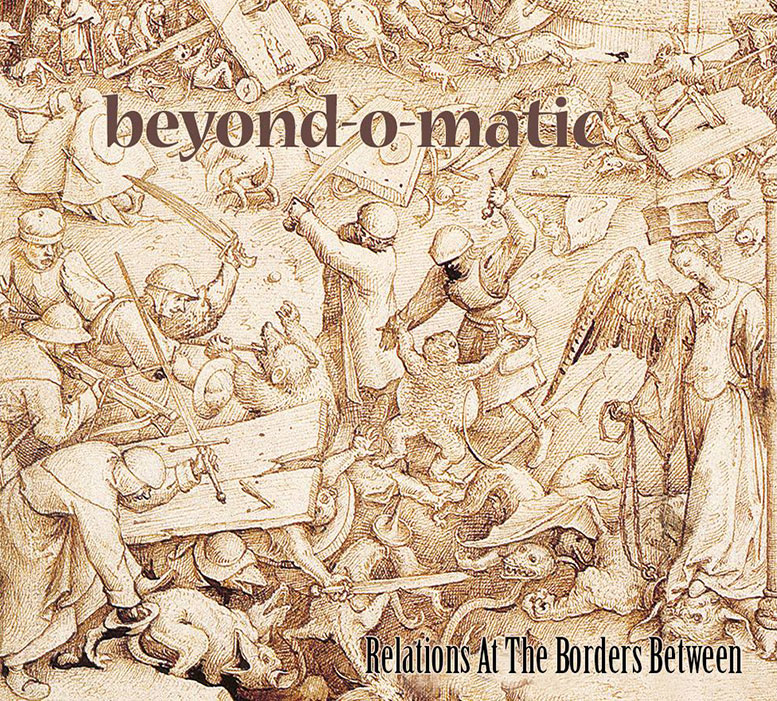 The last time I heard Beyond-O-Matic was with Sonic Reclaimator back in 1998. One thing that's changed in the intervening years is that the music is no longer completely improvised. While there seems to be a lot of improvisation involved, there are some actual songs here, like with lyrics and everything. When done right, space rock has a hypnotic quality that can transcend the seeming simplicity of the music. There aren't tons of notes, time signatures don't change often, and phrases are repeated large numbers of times. It's the polar opposite of math rock. But, like I said, when done right, it really works, though like any style, there are detractors. Some bands that have got it right at least some of the time are Ozric Tentacles, Hidria Spacefolk, and Hawkwind, plus any number of classic German bands like Ashra (adding to or subtracting from this list is left as an exercise for the reader). To my ears and cerebral cortex, Beyond-O-Matic hits the mark pretty well on Relations at the Borders Between. All but two of the tracks are over ten minutes in length, and all fall into grooves that could be called mid-tempo, but there's enough going on that that near-endless riffs elicit dreamy calm rather than fidgety impatience. The vocal parts are well done, too, with catchy melodies and trippy lyrics. Keyboard sounds are massive and filled with satisfying slow phase shifts. Perhaps oddly, there are no prominent solos, guitar or otherwise, like you usually find in these situations, so this is a far cry from the noisy indulgence of Acid Mothers Temple. It's a little like what might have happened if Porcupine Tree had stuck with the early psychedelic style instead of veering towards metal and shorter songs. Good stuff — seek it out.