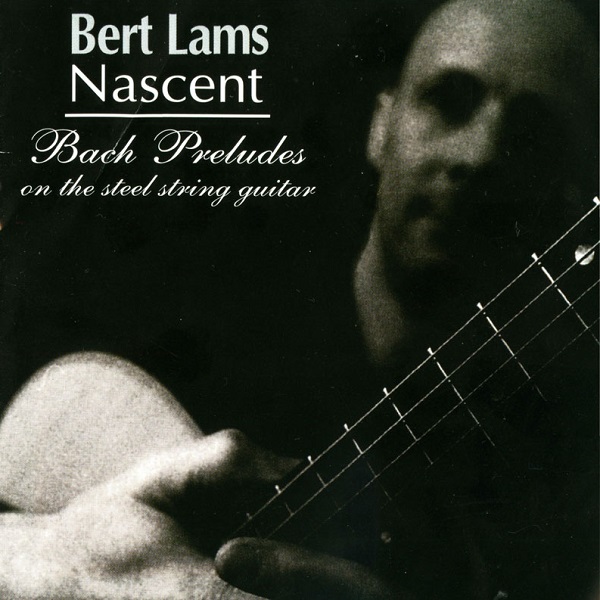 Bert Lams has been a personal advocate of the Bach repertoire. By using Guitar Craft tuning and emphasizing steel (rather than nylon or gut strings) he has established himself as a clear identifiable voice within the California Guitar Trio for over fifteen years. On this recording however it’s Lam’s sole talent delivering the goods. The disc begins quite passively with the guitarist displaying empathy for “Prelude from Cellosuite Parts 1-5.” His approach has been adaptive but much disciplined. The guitarist may have been a bit challenged by his own mood for that particular day as he played pieces which vary in subtle nuances ever so slightly. Lams has obviously lived with many of these compositions for some time, as it is apparent in his compassionate performances highlighting a less rigid style than many typically dry interpretations. Certainly the guitar sound itself resonates with faithful adaptation when compared to similar projects such as Jan Akkerman’s Tabernakel. On the downside, many of the pieces are a bit familiar as many guitarists stray from classical pieces deeming them merely training exercises and not end performance material. The closing piece, “Chaconne from Violin Partita 2,” is perhaps the biggest undertaking by the guitarist where he shows an unwaning courage to undertake a performance of the piece. In summary, Lam’s first solo outing will likely not be his last as it extends far beyond just a Bach lover’s intimate passion.