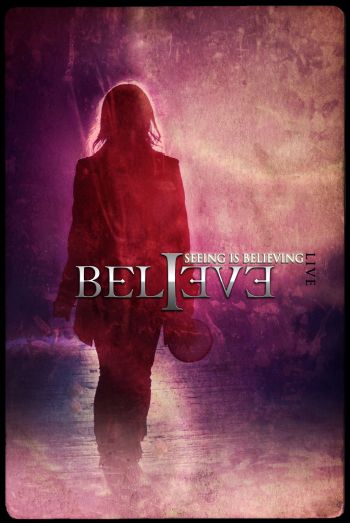 I learned quite a few things about Believe from watching this DVD. For starters, this Polish band is even better on stage than they are on record. Second, drummer Vlodi Tafel is an amputee who plays with a prosthetic (a bonus documentary offers insights into his story). Finally, I like them even more than I thought I did. Believe is often compared to Marillion (of both eras, remarkably) and it’s an apt description, though it does a disservice to a band whose musical identity covers a lot more ground. The current lineup also includes ex-Collage guitarist Mirek Gil, singer Karol Wroblewski, keyboard player Konrad Wantrych, violinist Satomi, and bassist Przemas Zawadzki. I noted in my review of their 2008 live DVD that Satomi is better utilized in a live setting than on their records and that’s even truer here. Plus, Wantrych is a remarkably talented player — especially on piano. He and Satomi put this band on an entirely different level of musicianship than 90 percent of prog bands out there, and they do it with taste and decorum. Much of Believe’s music leans toward the romantic, which may be a turn off for some. But with a singer of Wroblewski’s talents around they turn it into an asset and their defining musical trademark. He also gives the band a modern and youthful charisma that easily wins over audiences. It worked for me, and if they’re not careful this band will find themselves winning over many more fans beyond their borders.