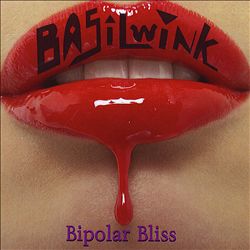 Basilwink is a Milwaukee based project featuring Jeff Marcus (guitars, keyboards, bass, engineering), and Jim Bloedel (percussion, keyboards, loops and effects), and the disc at hand is their fourth in about a dozen years. Their instrumental vignettes tend to be all over the map stylistically, almost like listening to a film soundtrack, but share a sort of progressive influenced electronic feel, with some dreamy yet powerful guitar leads and quirky keyboard-based textural backing. One reference point might be Planet P with more inspired melodic humor and a less bleak and serious tone, and of course no vocals. But that's OK, it makes for a less demanding listen (read: more enjoyable). None of the eleven tracks here are so long as to wear out their welcome, and just when the listener least expects it, there's always a change in store. Marcus and Bloedel are both fearless creative forces and capable players, although their music tends to be more about ingenious ideas and working them into something palpable in the studio than raw musicianship and displays of rote virtuosity. I can live with that when the results are as brilliant as this. All taken, there's plenty here to entertain, surprise, and puzzle the listener.