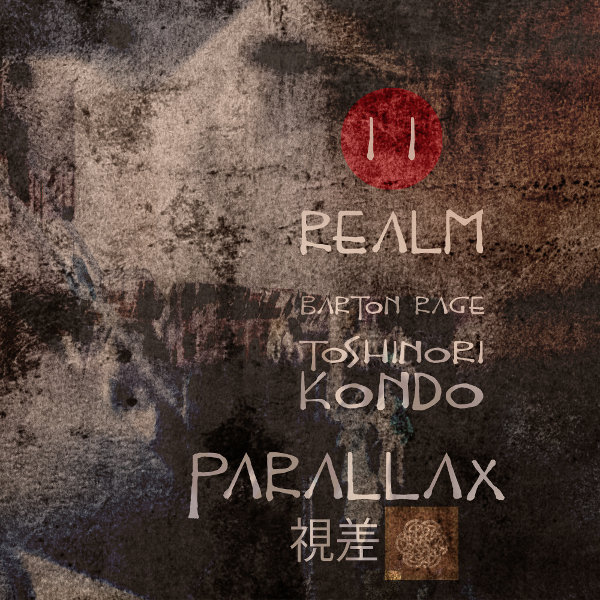 With his second Realm offering, electronic artist Barton Rage teams up with trumpet player Toshinori Kondo, and the result is perhaps even better than Realm I, which featured Bill Laswell as the collaborator. Not that the music is greatly different in approach or even overall sonic impression — it’s just that Kondo’s trumpet provides a more distinctive contrast to the electronic setting. I’m reminded a bit of the wonderful Infolding by Spin Marvel. Realm II is slightly less energetic than Spin Marvel, but Kondo’s trumpet is treated similarly to Nils Petter Molvær’s was. Kondo has long been a pioneer in applying effects and treatments to his instrument, and the trumpet seems to be well suited to manipulation, something about the tone and range of the instrument just works. I mentioned this to a sax player friend of mine the other day, and he pointed out that because of how the trumpet is played (with the lips vibrating in a mouthpiece), musicians are forced to put space into their music to rest their lips, whereas sax players can blow forever without getting tired, and often do — to the detriment of the music. That’s as may be, but the spacious nature of Kondo’s playing is definitely one of the appeals here. At times the music grooves along nicely with a jazzy feel, and at other times it’s blissed-out ambient floating. All in all, quite an enjoyable listen, but I wonder what would happen if Rage put both Laswell and Kondo on the same piece... But maybe that's reserved for the Realm megamix collection at the end of the series.