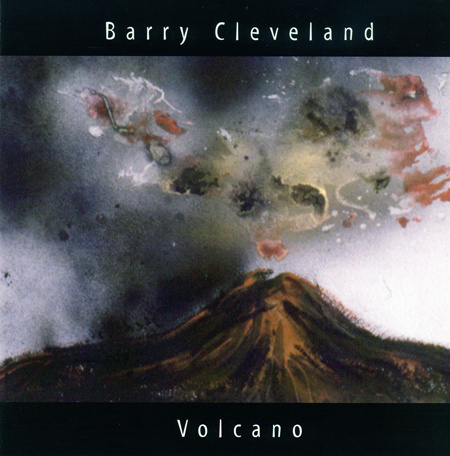 For this outing, San Francisco Bay Area guitarist Barry Cleveland has enlisted a troop of comrades in his effort to bridge the gulf between western musical idioms and those beyond these shores. Though all are characterized by rhythmic grooves derived from non-Western sources, be it African, Latin, or Middle Eastern, each of these 10 tracks takes on a unique flavor of its own. This begins with the arsenal and artistry of percussionist Michael Pluznick who (along with an occasional army of percussionists) joins Cleveland on the basic tracks, joined by bass god Michael Manring, whose work throughout is nothing less than astounding. Witness his amazing playing on the title track or the lightning fast lines on "Rhumbatism."

Cleveland's guitar provides many of the leads and textures, ranging from frisky African lines ("Makanda") to buzzing Frippian leads ("Ophidian Waves") to waves of soundscapes ("Obsidian Night"), though he never takes the spotlight exclusively for himself. Joining him on many pieces is flute and reeds wizard Norbert Stachel who delivers performances that are very jazz-informed while remaining fresh and primal. Lygia Ferra lends deeply sensual vocals to two songs, best captured in the sweaty intensity of "Dervish Circles," where she is joined by Maxwell Taylor for a performance that I'll bet left everyone reaching for a cigarette once it was over.

Though his contributions are often overshadowed by his guests (Manring especially), this is nonetheless a remarkable collection, and further establishes Barry Cleveland as one of the most creative guitarists of our time.