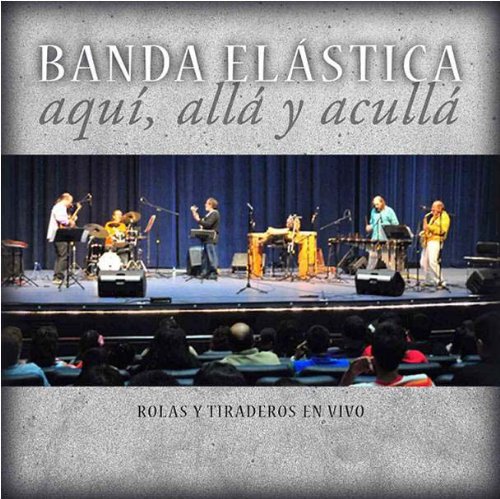 It’s always good to hear something new, or even old as it may be, from this long running Mexican band who got their start in the early 80s, and were last heard from on their 2003 release Ai Tencargo. This is in fact a 30th anniversary archival live collection featuring excerpts of performances spanning from 1994 through 2008. For those unfamiliar, their sound has evolved over the years from a more composed jazz-rock eventually encompassing more elements of improvisation, eschewing what might be considered fusion in favor of more acoustic sound with ethnic coloration and, due to the strong presence of mallet percussion (mostly marimba), a perceived influence of Frank Zappa might be detected in their grooves. When in improvisational mode, some influence from Henry Cow and other RIO ensembles can be detected as well. Membership has varied over the years, usually numbering six or seven, including bass, drums, guitar, usually two woodwind players (flute and saxes), one or two marimbas, and additional percussion. This set begins with a six song set from 1994 at the Knitting Factory in NYC, in more composed mode similar to what might be heard on the band’s studio albums from that period, Los Awakates de Nepantla and Maquizocoatl. This leads into an improvisation recorded at a festival in Trondheim in 2006, followed by a shorter piece, “Fierabras,” that starts out composed but quickly morphs into a wild blowing session, then finds its way back after a mere four minutes. The remainder of the disc features three improvisations with various guests players, not unlike the material on the band's 1997 album Catalogo de Tiradores; the first is a leaner five-piece Banda Elástica with guest sax player David Barret from 1999; the second, from 2006 features a six-piece BE with guest Alejandro Sanchez on violin. The third improvisation from 2008 is by far the most intense and engaging of the three, featuring the same six-piece with second drummer Chris Cutler guesting, the dual drum solo being one of the high points of the entire disc. All taken, this set is an outstanding cross-section of the band’s live persona through the years.