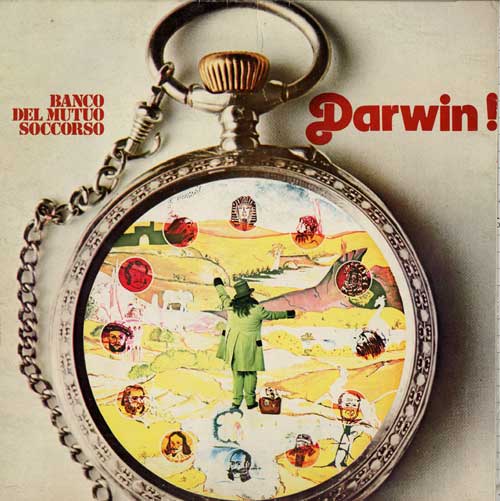 One of the most alluring aspects of Italian progressive rock from 1972-1977 is the wide array of tonal coloring, particularly due to experimentation with analog synthesizers. This was a completely different era from the "patch" and a lot of these bands really seemed to work through their sounds so that very few of the monophonic synths had the exact same tone, even within a five minute period. This gave a lot of these albums a great deal of color and warmth. Banco del Mutuo Soccorso really expanded their sounds on their sophomore album, released months after their debut, and while the song lengths went down on average, it often seemed like they were cramming more ideas in. The dual keyboards here were almost luxurious at this point, featuring a skill usually only seen in classical music. This is the kind of record where multiple plays are mandatory due to the compositional depth, not to mention the lyrical range in expressing the album's concept, it sort of fulfills that cliché where the more you listen the more it reveals. If the first album was the one I prize most due to the heaviness, Darwin is one I most prize for its sheer range, it has an almost mindboggling amount of key and meter shifts, intricate group melodies and harmonies, all within the service of its brilliant songwriting.

Németh Gábor Project - Könnyü lépések (Easy Steps) – Németh is a Hungarian drummer and employs a large number of sidemen on this collection of ten tracks on the Periferic label. The music here is post-bop, or whatever one wishes to call music with a...  (2004) » Read more