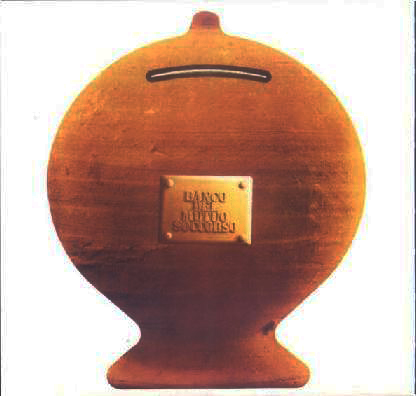 Symphonic progressive rock bands are known for their flashy keyboard players, in fact some of the excesses of the genre tend to be symbolized by Rick Wakeman in his cape or on ice or whatever. But if I were asked which keyboard player in the genre is probably the finest, the most consummate in skill, I'd probably have to go with Vittorio Nocenzi (here in the early days along with his brother Gianni) who even on this debut was not only a brilliant player but writer as well, and he's an absolute master now with two hands completely independent from one another, somehow managing to cover both keyboards from the original albums without missing a beat. Banco are generally considered the #2 Italian progressive rock band to PFM (if only due to sales) and were initially quite a bit heavier in approach, but the musicians' classical sensibilities really started to come out by the time they dropped their debut with the recently passed, legendary vocalist Franceso di Giacomo. There really wasn't anything quite so flashy about Banco other than di Giacomo's distinctive voice. The complexity of the dual keyboards usually takes some attention to ascertain what fine and ornate work it is, how well thought out the main themes and melodies are, as well as how each instrument compliments the next. And really, for a band who has released many albums since, it's very impressive how strong this first one is, especially when you consider songs like "RIP" and "Metamorfosi" ended up being mainstays of their live repertoire moving forward. And this is the first of a string of brilliant records, although to its credit it's probably their overall heaviest record and part of me wishes they would have kept a bit of that edge.