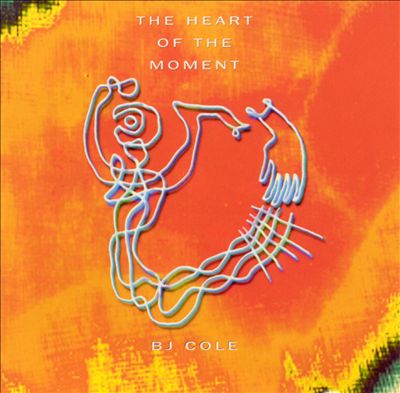 Veteran pedal steel guitarist BJ Cole became visible on the UK music horizon within several contexts by this release from his Transparent Music Ensemble in 1995. Since 1989’s Transparent Music solo release on Rykodisc, the soothing tones of his horizontal axe have been navigating suspiciously within alternating rhythmic contexts. This disc varies from moments of passive beauty (“Icarus Enigma”) to watery elements of ethereal surprise (as on “Forever Amber”). That’s due in no small part to the distinctive voice of viola player Ben Davies, who is prominent across the disc with his lead phrases. The opening track, “In at the Deep End (Titanic Elegy),” features an impassioned theme lead by Davies along with violin from Bobby Valentino. A few tracks feature an unusual MIDI interface device, the IVL MIDI Controller, which Cole used to trigger synth-sounding passages. On “Eastern Cool” or “The Sand of Time,” the device simulates an alto sax lead, thus adding a jazz flavor to the overall mix. Keyboardist Guy Jackson is the other key contributor, having co-written two thirds of the tracks on the disc with Cole. “The Kraken Awakes” is probably the most ambitious track on the disc, with a sparse piano intro leading into a distorted theme seemingly from the depths. Overall the album is an excellent set of tone poems with uncommon arrangements and instrumentation.