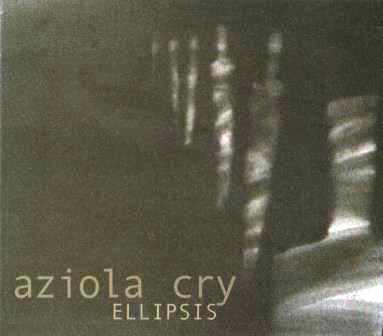 Math rock lives! Ellipsis is the debut release from Aziola Cry – a three-piece all-instrumental band from Chicago consisting of drums, guitar, and Chapman Stick. While many bands that feature Stick players essentially use the instrument as a bass that provides occasional embellishments, Aziola Cry’s Jason Blake is all over the place on the Stick. Since all the songs on the album are Blake compositions, perhaps it isn’t surprising that the Stick is the primary focus in the music. He often covers bass parts and higher melodies simultaneously. The compositions feature lots of odd time signature ostinatos and changing tempos. Essentially the entire album is played in minor keys so both the faster and slower sections have a dark sound. “The Trembling Edge” alternates between an Irish jig type feel and heavy crunch chords. During the intro to “In Your Dissolving Arms” the Stick plays parts that would normally by covered by a rhythm guitar or acoustic guitar. The song later goes into heavy Metallica territory. Many other pieces, for example “Ellipsis II,” are equally fast, loud, and hectic. The drums and guitar frequently provide the textures and add depth, but the Stick is the framework that holds the tracks together. It’s difficult to hear Stick in a math rock setting and not be reminded of King Crimson. Overall Aziola Cry is heavier than Crimson though and sound equally influenced by Tool and Gordian Knot. Their compositions are usually dense, often jagged, and sometimes manic.