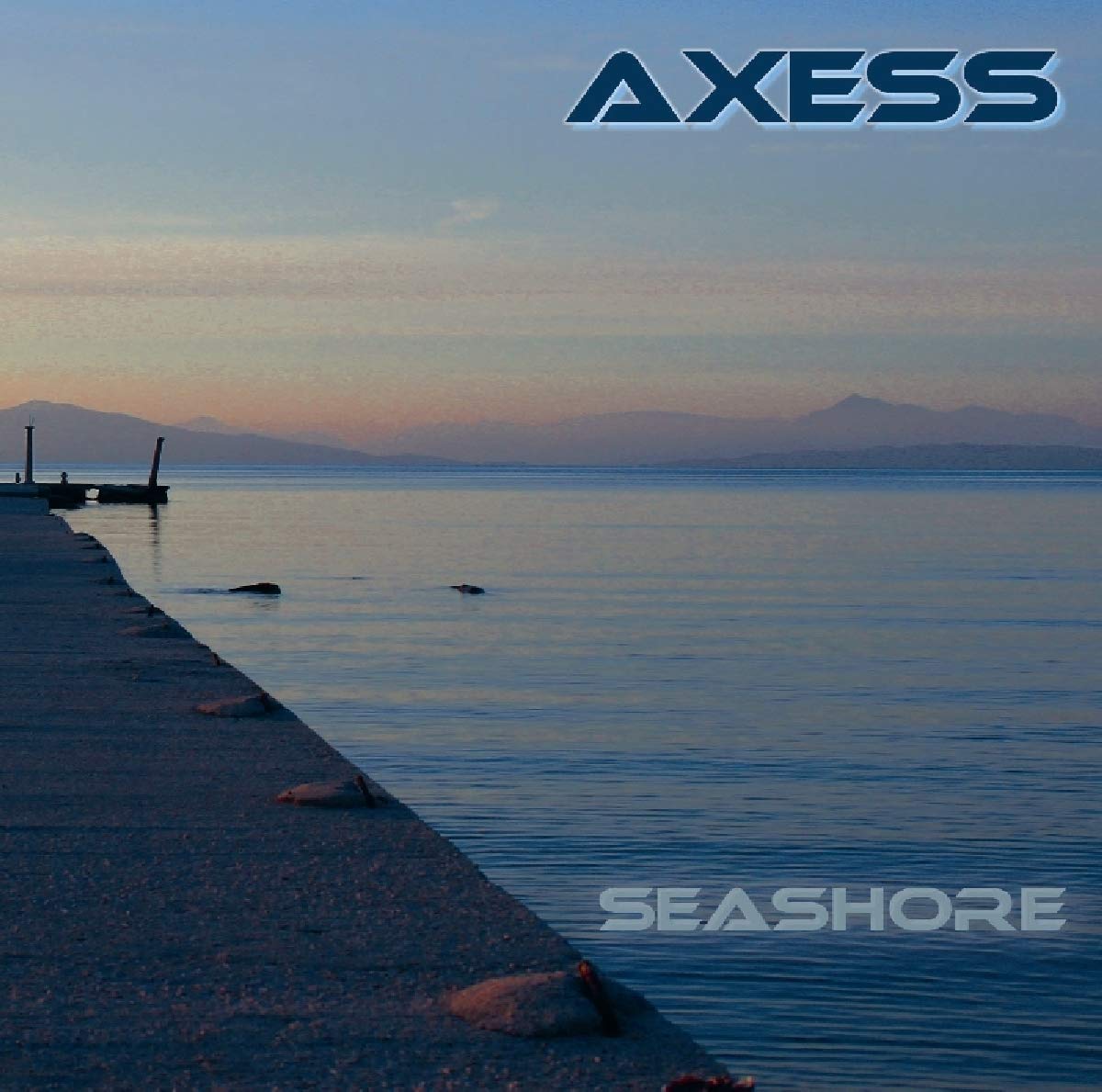 Axess is the electronic musical project of one Axel Stupplich, active since his First Light album was released in 2002, and with about ten albums since, some released with fellow electronic musician Maxess (Maximilian Scheifele), but the one at hand is strictly a solo work. My last exposure to Axess was around nine years ago with his album Fusion, which seemed to be more of a heavily sequenced affair in the Berlin EM style. With Seashore we are in a more surreal floating ambient world of dreamy and otherworldly atmospheres with chill-out beats that maintain a subtle cadence while ideas flow endlessly forward. The tranquility and seeming simplicity of the seven tracks herein are built upon layers and layers of synths underscored with synthesized beats, low-end pulses, and some interesting samples to pique the imagination as each track goes forward. Some of the pieces have defined melodies and even hooks peering through the wall-to-wall atmospherics, “Pure Obsession,” at well over ten minutes being the first of these in the program, following a groove that releases bursts of melodies at times, and sounds that echo through the background flow. Additionally there are sampled spoken voices, just low enough in the mix so one can’t discern what is being said, but nonetheless ramping up the interest level for their duration. “Tranquility Base” goes through several distict phases that flow smoothly from one to the next, and around the eight minute mark fades away completely. The title track is a living, breathing, atmospheric entity that brings on a subtle yet haunting three note melody that marches forward among swirling threads of colorful melodic beauty, until the 4:30 mark when trancey percussives join the parade and run along with it until the piece crosses its twelve minute conclusion. All taken, listening to Seashore is a wonderful and beckoning experience that a listener will want to repeat over and over.

Fromuz - Audio Diplomacy – Fromuz is short for "From Uzbekistan," the homeland country for this inspired quintet that took Tashkent by storm a few years ago. Guitarist Vitaly Popeloff leads the band in a series of fusion and...  (2008) » Read more