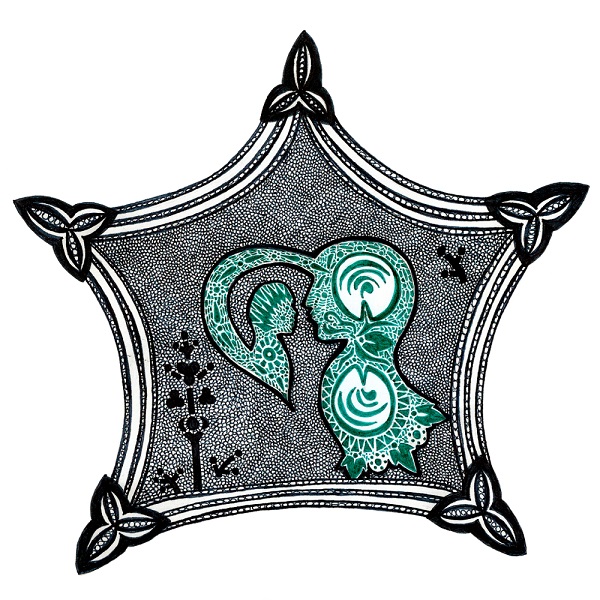 Back in December of 2014, I saw Autumn Electric play a show where they debuted some new material. They said they were working on a concept album about an alien who comes to Earth. Well, here it is, Star Being Earth Child, a rambling musical journey that builds upon the band’s previous recordings, most notably the “Orange Stars” suite from Flowers for Ambrosia. This new release continues and expands on its predecessor, and while you could say it doesn’t break new ground, it’s far from recycling. Instead of trying to be something else, Autumn Electric is becoming more themselves, working to see where their potential takes them. Structurally, there are resemblances to classic Genesis, though unlike other bands inspired by Foxtrot or Nursery Cryme, Autumn Electric doesn’t really sound much like Genesis — it’s more an approach to composition and storytelling that they’ve built upon. Michael Trew’s tremulous singing takes us on this trip, with help on backing and occasional lead vocals from Naomi Adele Smith. Smith’s keyboards are used to good advantage, whether it’s gentle flute-like chords, elegiac piano, or flashy mono-synth solos. And once again, Max Steiner is present (remotely, as his parts were recorded in Germany) for some outstanding guitar parts. And bassist Johnny Unicorn’s sax makes some colorful additions, as on “Skyscraper Steeples!” and “Daddy, You’re Building the Atomic Bomb.” The inclusion of a dreamlike rendition of Tom Paxton’s “Whose Garden Was This” is a stroke of brilliance: in addition to fitting the mood perfectly, it provides a link to one of the band’s inspirations, the psychedelic folk-rock of the late 60s. At 54 minutes, Star Being Earth Child might be called a modest epic, lengthy enough to tell a satisfying story, but not sprawling like some bands’ epics, the kind that fill two CDs and end up being tiring to listen to no matter how good the music is. Autumn Electric is on a roll, and lovers of ambitious music should definitely be paying attention.